5G phones don't need to cost over a thousand dollars. The Motorola Edge, for example, will cost $700 once it arrives in the U.S. But there's word that the company wants to push the barrier further down with not one, but two upcoming Moto G entries.

Longtime leaks blogger Evan Blass posted renders of the phone on his Patreon account — we obtained our view through 9to5Google. 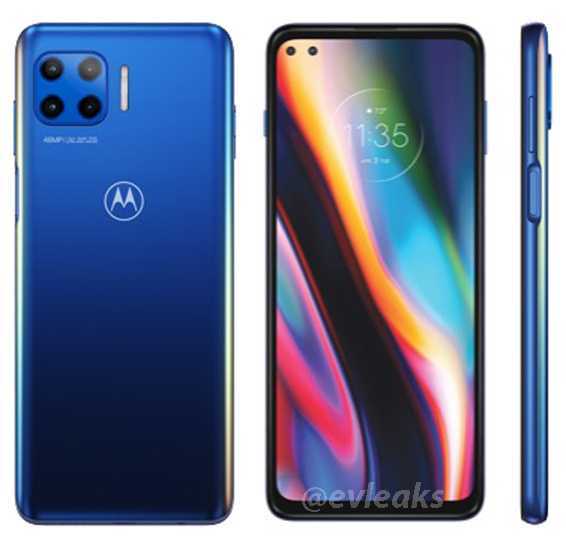 The phone as illustrated appears to take on a bit of the current Edge aesthetic with a light touch on bezels and a glossy glass-like treatment on the back. We have four cameras on the back while the front side gets two, punched right into the top-left corner of the flat display. It's been posited that the engorged power button might be home to a fingerprint sensor à la the Moto Z3 Play.

Here are the specs on this. Much of this was first reported by XDA when the device was being dubbed Edge Lite: https://t.co/TjyD0pTTnK pic.twitter.com/PJVTaVpZBb

Blass also includes a number of specs including a 21:9 1080p display with 90Hz refresh rate (wider than the panels on the Edge and Edge+), a Snapdragon 765 (matching European Edge units), 4GB of RAM, 64GB of storage, and Android 10. On cameras, the main rear unit is 48MP, there's a macro 5MP shooter, an 8MP "video wide," and a 2MP depth sensor — no numbers for those front-facers.

Given that the Motorola Edge+ runs with the Qualcomm Snapdragon 865 and that the Edge in the U.S has the 765G, it wouldn't be a stretch to see the Moto G 5G (or whatever the device may end up being called) with the recently-announced, 5G-capable Snapdragon 690 — the chipmaker itself tipped Moto to be one of its first torch runners.

How far south of $700 this phone will be, though, will be left up to Motorola to announce... if and whenever it does.

XDA-Developers editor-in-chief Mishaal Rahman reports that a Motorola device codenamed "Nairobi" is associated with a Moto G 5G Plus.

The image and specs that @evleaks posted is for the Moto G 5G but not the Plus model. https://t.co/7AxwHtIYsh

The phone is said to be headed for Verizon exclusivity, but it may not be compatible with its millimeter wave Ultra Wideband network.