Google has been working on a forced dark mode for Chrome on Android, giving each and every website a black-and-gray makeover, regardless of whether it has a native dark theme or not. Over the last year, the company has poured tons of resources into making this a great experience, but it looks like the developers aren't happy with how the feature is coming together. All options to enable forced dark theme have been removed from the latest Canary build of Chrome for Android, version 86.

Let's preface this with the reminder that Google never officially introduced its forced dark theme to Chrome — the feature has only ever been available by turning on experimental flags in chrome://flags, so it looks like the company has decided to scrap the feature before ever making it official. The writing has even been on the wall for some time, too, as Google removed more and more flags responsible for the forced dark theme in earlier pre-release versions of Chrome. 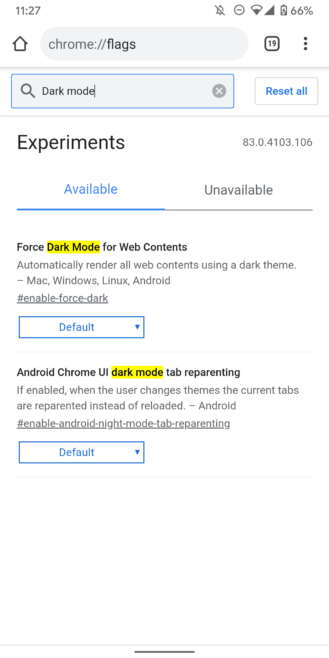 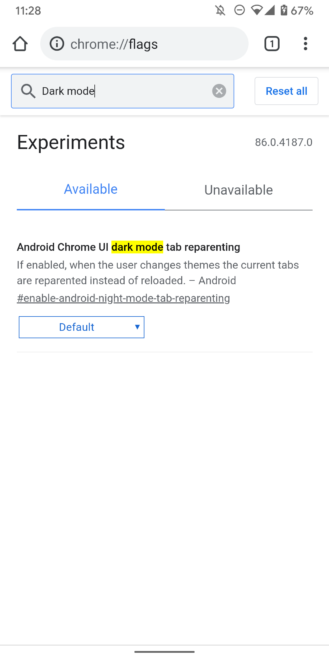 While dark mode might be a boon to our eyes at night, forcing websites into a dark theme via the browser often leads to broken sites, invisible paragraphs, and other glitches. It's usually simple enough to invert text from black to white, but as soon as we're talking about complicated backgrounds involving images and CSS hacks, the results can get ugly. The Android website itself and its broken header in forced dark mode are a good example, not to mention Google Search. It's probably unlikely that Chrome or any other browser will develop an automatic solution that works perfectly fine 100% of the time, so the company might now just hope that website designers jump on board with native light and dark themes. You and I probably understand that a forced dark mode may never be perfect, but once the feature would've rolled out to the general public, many people would complain that their favorite websites are broken. 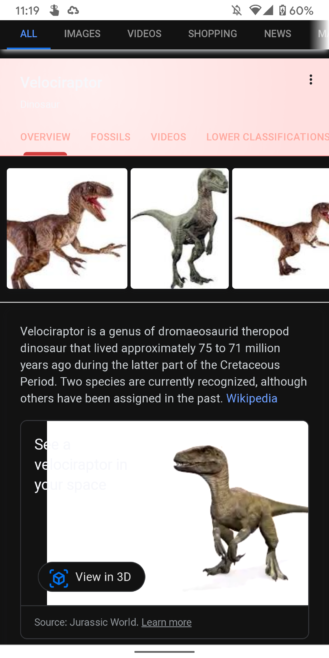 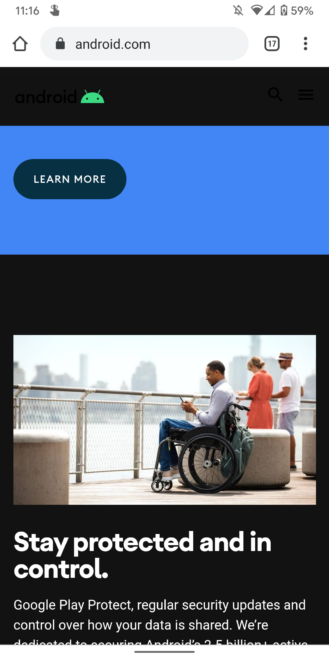 The experiment is now gone from both the Android and desktop versions of Chrome 86 and will almost certainly remain removed once these versions reach the stable channel in September. If you want to check out the change for yourself, download the Canary build from the Play Store or APK Mirror. Since the software is bleeding edge and unstable, I wouldn't recommend using it as your daily driver, though.

If forced dark mode is important to you, you might want to give Firefox Preview and its Dark Reader add-on or Vivaldi a try.

Gboard beta is getting Smart Compose for chat apps