After a large, sweeping ban of 59 Chinese apps was issued by the Indian government yesterday, the biggest and hottest name on that list is now officially down in India: TikTok. The app's servers are no longer active, and VPNs don't seem to be working for everyone to circumvent the ban.

The clock has been (excuse the easy pun) tick-tocking on this since yesterday. Earlier today, TikTok's official Twitter account in India issued a statement saying it was in the process of complying with the government's decision and reiterated its stance on user privacy and Chinese government meddling.

It later voluntarily removed the app from the Google Play Store and Apple App Store in India, and now seems to have disabled access to its servers from any Indian IP address. If you already have the app installed or if you sideloaded it, you'll see this notice and a blank slate with no posts or videos. 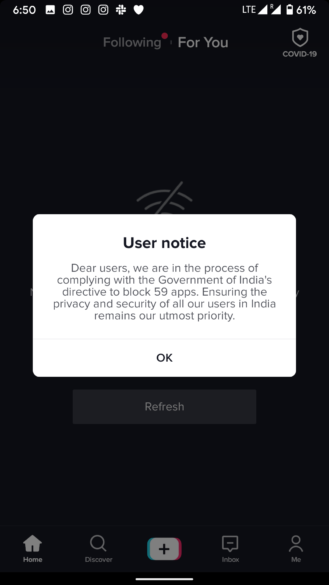 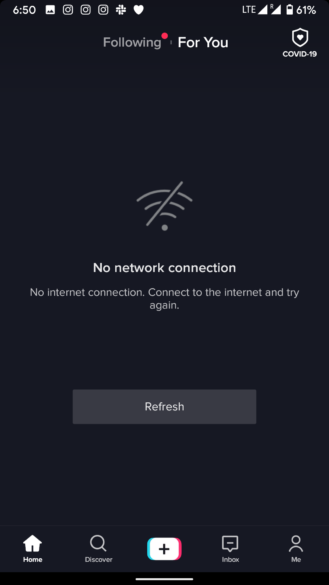 Looking at online mentions of this, it seems that using a VPN to circumvent the ban isn't a surefire solution either. Some users are reporting success, but most are failing to connect with that too. Someone is theorizing that the ban could be device ID-based and IP-based, which means that the only way to get the app working is to install it via VPN on a new device (grab the APK from our sister site, APK Mirror) that didn't have it previously. If you're willing to go that route, it's worth keeping the trick in mind, though I'd take it with a pinch of salt. It could just be that many users aren't using VPNs properly.

The ban is sure to put a damper on ByteDance's growth plans. The company was hoping to get from 200 to 300 millions users in India by the end of 2020, and that's all but dead if the ban continues.

Google is adding dinosaurs to its 3D search models