Spotify has confirmed its plans to TechCrunch, saying that the following countries in Southeast Asia and Latin America will start seeing synced lyrics in the player for some songs beginning at 7 AM PST (2 PM GMT):

Some of these territories have already had access to lyrics before, but they'll be switched over to Spotify's new provider, Musixmatch. 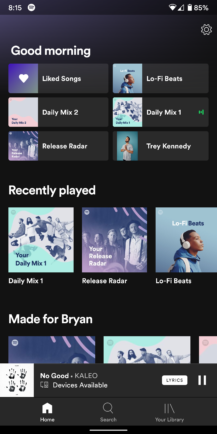 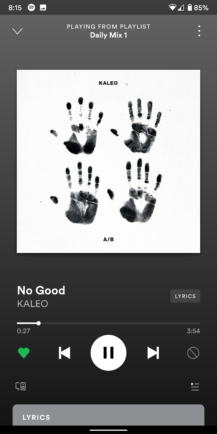 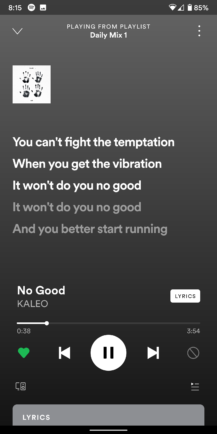 Lyrics as they appeared in a test back in April.

We already know what the feature will most likely look like as we had first glances at it back in November 2019 and April 2020. You'll see a lyrics card at the bottom of the Now Playing screen. Tap it, and the album cover will be minimized, making way for the songtext that automatically scrolls along as the music progresses.

Thanks to the partnership with Musixmatch, Spotify is looking towards "access to the world's largest catalog of lyrics and translations," as it told the publication. The companies had already worked together prior to 2016, when Spotify cut the ties to work on its controversial "Behind the Lyrics" feature in cooperation with Genius. Hopefully, the streaming service will soon expand support to other markets, as many subscribers greatly prefer straight lyrics.