While WWDC contained some truly blockbuster announcements this year, iOS still tends to be the biggest takeaway for consumers at Apple's annual developer conference. And with iOS 14, we're seeing Apple borrow more than ever from the biggest competitor to its mobile OS, Android. iOS 14 really does seem intent on reaching feature parity with Google's platform, and while that's no doubt driven by a desire to bring more features and functions to Apple's smartphones—and keep people buying them—there's also a real argument to be made that this is a good thing for Android, too. As the two platforms become more similar, Android will likely start to benefit from an increased awareness among ordinary consumers that their phones can do things like use homescreen widgets or set a different default browser. It may not sound like much, but I think these changes could lower the barrier to entry for customers looking to switch platforms down the road.

I'm not going to make a full list here of all of the iOS changes that came from Android — partly because it's too much to discuss briefly in an editorial (you can find that list here), but primarily because Apple has already made it clear there are more numerous smaller changes it didn't discuss during the WWDC keynote. Any list at this point would simply be incomplete, and I've already spotted a couple other features that were glossed over during the iPad segment. Apple is cramming more iOS features into other sections of the announcement as well, like a Digital Wellbeing-style Wind Down mode that was announced in the Apple Watch segment (and Apple even took the same name). Either way, lots of features familiar to Android users just got announced for iOS, though a few of them are particularly important. 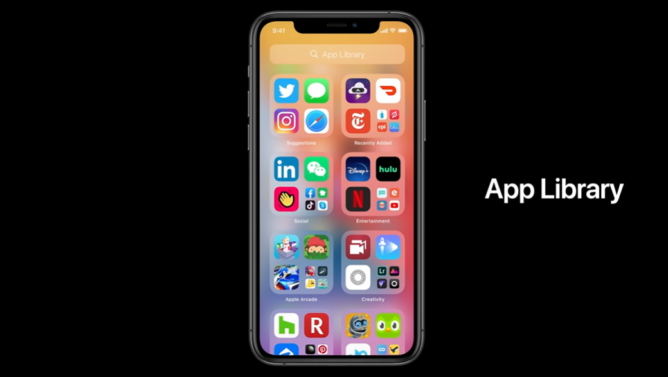 An app drawer by any other name would smell as sweet.

Among the most noteworthy changes is a distinctly Android-like relaxation when it comes to default apps. Apple tends to rule iOS with an iron fist, and the company really doesn't like the idea of third-party apps replacing its own experience anywhere. If Apple does a thing, Apple wants you using its version of that thing, and it will make your life harder if you don't. Certain apps like Safari and the built-in email client get foisted on you in some circumstances no matter what you do, but Apple is changing that as of iOS 14 — or, at least, iPad OS 14. (The company wasn't clear, though it sounds like it may be coming to both.) Like Android, you'll soon be able to set third-party apps as email and browser defaults.

Android users are also familiar with the idea of home screen widgets and an app drawer that keeps their home screen from getting too cluttered. These changes are long overdue for iOS, which has otherwise stuck to 2007's dump-everything-on-the-home-screen design. Other more minor changes like on-device processing for voice dictation, Siri's Assistant-esque redesign, Apple's Google Translate clone, and App Clips are all very much Android inspired (or Android rips, depending on your cynicism). 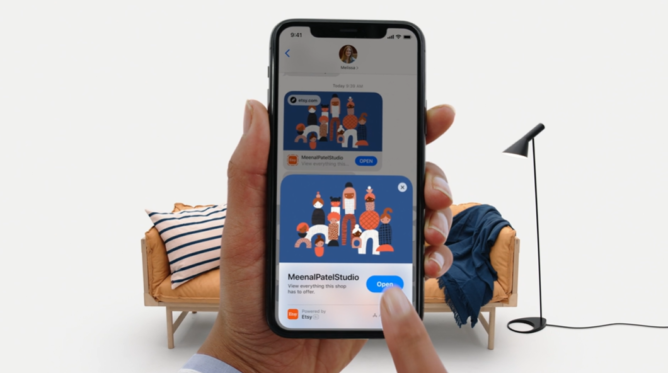 App Clips or Instant Apps — the name doesn't matter, it's all about functionality.

Again, there's nothing bad about this. Google's taken plenty of features from Apple as well over the years, and smartphones are reaching a level of platform maturity that make changes like these inevitable. There are only so many ways of doing a specific workflow well, and we've mostly worked out the best ways to do them. Convergence is just the result of best practices, and it's good for consumers. Frankly, as I see it, these changes could be the best thing that's ever happened to Android.

Android as a platform has a slightly higher barrier to entry for use than iOS. A lot of the things it does are more complicated than iOS. Some folks see that as a benefit, others see it as a drawback. That's up to your own judgment, but it's unarguably a hurdle for some customers to clear. But the more of Android's features that iOS adopts, the more Apple educates its customer base about those features, preparing them for the functionality and incrementally educating them on more complicated workflows. For example, the idea of replacing first-party apps with third-party apps and what that involves is a very different way of thinking for customers unfamiliar with it, and Apple has decided it's time for folks to learn about that. The same goes for Apple's new App Clips, the Assistant-like Siri redesign, an app drawer, and all the other changes that one can draw a line to Android with. The fact that Apple is going to take this next year to teach all its iPhone-using customers about these features is probably the best thing that could happen to Android.

Come 2021, most iPhone users picking up an Android device for the first time might feel a little more at home. It doesn't matter for them whether or not Apple or Android did something first. By teaching them how to use these changes, Apple is making it easier for iPhone users to switch to Android, and that's probably the biggest favor Apple could ever do for Google.

Apple's chipset advantage has me more jealous than ever

The 11 most bizarre, cringey, and weird smartphone commercials of all time