Shortly after starting to test an all-in-one record-and-publish function in the YouTube app, its developers have added another experiment that'll be useful for those of us who'd rather only watch videos. They're working on a button that lets you switch voice search languages right on the input screen. If you're multilingual and like using voice search, this will finally make it possible to search for videos that aren't available in the language you've set up in your YouTube app settings.

Google hopes that the test helps its voice search systems to better account for multilingual people, so I wouldn't be surprised if an automatic solution for recognizing different languages is the ultimate goal — after all, I still think Google should work on improving its current bilingual solutions. 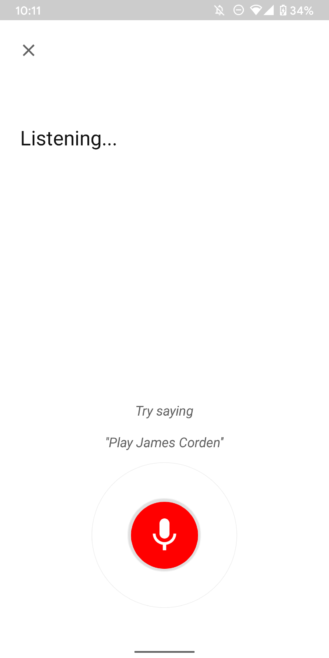 A blue banner should show up on this screen with more details if you're in on the experiment.

As with all of these experiments, the feature is rolling out to a small subset of users. You should notice a blue banner on the voice input screen giving you more details if you're in on the test. YouTube says the selector is available for all languages listed on this website, with Uzbek, Punjabi, Burmese, and Estonian on top of those. It's still unclear whether you'll have to scroll through a list of all of these languages when you want to switch or if your most used ones will be easily available.