The Pokémon Company has had a busy day thanks to a recent live stream, and so a bevy of announcements are currently floating around. First and foremost, the company announced a new match-3 game that will arrive on the Play Store on June 23. It's called Pokémon Café Mix, and you'll get to prepare drinks and dishes for your customers, all by matching Pokémon icons in a simple match-3 game, and it's currently available for pre-registration. Second up is an educational game for children called Pokémon Smile, and it's designed to teach kids how to properly brush their teeth, as well as keep up the habit by collecting Pokémon. Surprisingly, Pokémon Smile is available for download right now.

Above, you can watch a quick trailer for Pokémon Café Mix, which shows off adorable 2D art as well as what you can expect from the title's gameplay. As you can see, the majority of the gameplay revolves around a match-3 mechanics where you'll clear groups of Pokémon faces for rewards. Of course, you'll also be tasked with collecting Pokémon, and many of these Pokémon offer unique skills that will help to clear the board easier. There's also a base-building mechanic, to ensure people have a reason to keep coming back.

More or less, Pokémon Café Mix is a casual puzzler mixed with a business sim that should ideally appeal to children. Of course, The Pokémon Company has yet to mention monetization. However, the game is described as "free-to-start" on the official website (much like Nintendo's recent offerings), which clearly means the game will contain in-app purchases, not that the current pre-registration listing Play Store listing mentions them.

So if you're the sort that loves match-3 games or simply loves Pokémon, you can pre-reg for the official June 23rd release of Pokémon Café Mix through the Play Store widget at the bottom of the page.

Next up is an educational game for children designed to encourage them to brush their teeth through the fun of collecting Pokémon. This game is appropriately called Pokémon Smile, and it's already live on the Play Store. It's a fully free release, with no ads or in-app purchases to be seen. This title is also a casual game, but since it isn't monetized, children are free to explore as much as they like. Keep in mind this release works through augmented reality, so all you have to do to play is hold the phone in front of your face as you actively brush your teeth. The game will even take snapshots while you're brushing, which seems a little odd, but maybe kids will love the feature.

Since Pokémon Smile is already available for download, you can grab the install by clicking on the Play Store widget below. 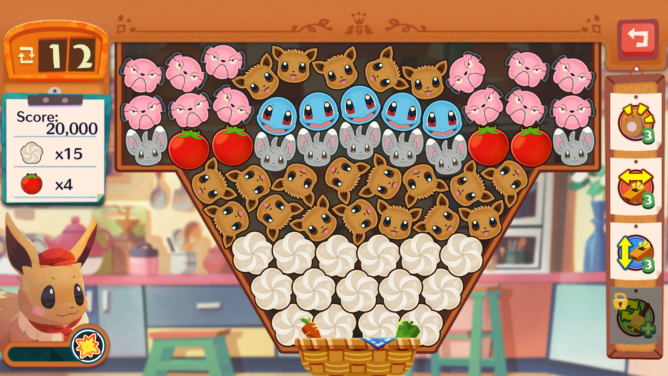 Last week we learned about two new Pokémon games for mobile, Pokémon Café Mix and Pokémon Smile. Seeing that Pokémon Smile was released the day it was announced, it was only Pokémon Café Mix that we were waiting on. Thankfully The Pokémon Company announced that Pokémon Café Mix would arrive on June 23rd, and so it has. This means you can pick up the new match-3 title from the Play Store right now, and since it's free-to-play, everyone can check it out with ease. Just keep in mind that this is a game that's monetized aggressively, and so it contains in-app purchases that range up to $79.99 per item. So far, user reviews have mentioned that the game pushes players towards IAPs frequently to ease the challenging gameplay, which isn't surprising but disappointing all the same, especially for a casual kids game. Still, if you'd like to take Pokémon Café Mix a spin, you can grab the install through the Play Store widget at the bottom of the page. WhatsApp payments suspended in Brazil just one week after launch