The "Nord" name seems to be attached to an upcoming OnePlus product — likely the rumored mid-range phone we've heard so much about recently. A since-deleted post on the company's "onepluslitezthing" Instagram account included an image with the "Nord" and "OnePlus Nord" names, with text that said it was "almost ready for launch."

A mid-range OnePlus device has been rumored since before the 8 series even landed. We've seen rumored specs and one name change already. OnePlus has even taken to poking fun at the speculated Lite and Z names previously attached to it in rumors with the name of its new Instagram account. More recently, OnePlus has started indirectly teasing the product — a practice the company is frustratingly well known for now. 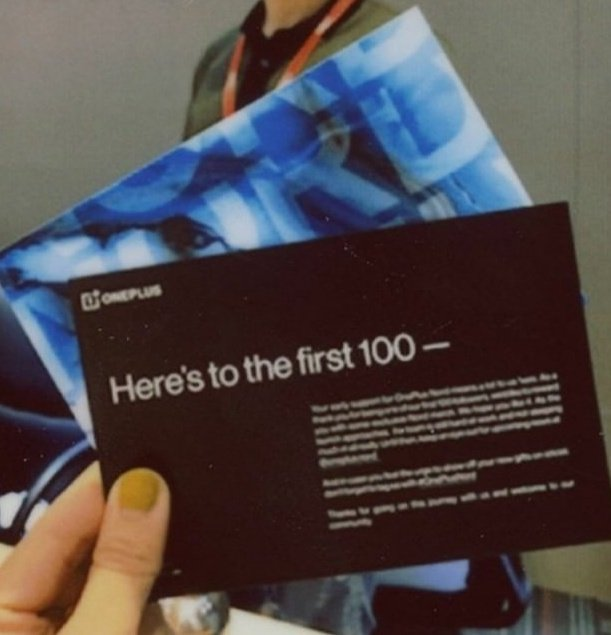 A crop of the deleted image. See the all caps "NORD" in the image behind the card.

Though we can't actually read all of the text on the card in front of the image above, behind it the word "NORD" is clearly visible in a repeating stylized pattern. We can also just barely make out what looks "OnePlus Nord" in the first paragraph, and a #OnePlusNord hashtag in the second paragraph, though it's pretty blurry.

AP's Taylor Kerns was further able to decypher more of the text than even my eyes could see:

Your early support for OnePlus Nord means a lot to our team. As a thank you for being one of our first 100 customers, we'd like to reward you with some exclusive Nord merch. We hope you like it... (Remainder of paragraph undecipherable.)

And in case you feel the urge to show off your new gifts on social(?), don't forget to tag us with #OnePlusNord.

Thanks for going(?) in on the journey with us and welcome to the community.

Furthermore, OnePlus has trademarked both "OnePlus Nord" and "Nord by OnePlus" here in the US. While the "Nord" name could be attached to some other product, the context of recent events strongly indicates it will be associated with the upcoming mid-range phone. It's still out of left field, though.

"Here we are, looking fresh-faced on the first day we open the doors to our new project. Over the past few months, our team has grown, ideas have become reality, and now we're almost ready for launch. We'll look a lot more tired in the weeks to come — who knows, maybe we'll do a before and after shot once this is all said and done. Looking back, we can't help but reminisce over the last six months or so — we'd be lying if we said the journey has been straightforward, but we wouldn't change it for the world. We love what we do."

There's still some disagreement regarding specs for the upcoming device. We aren't sure if it will use a MediaTek Dimensity chipset or a Snapdragon 765, though more recent leaks indicate the latter. Either way, it will sport a 5G-integrated chipset.

Given that OnePlus is posting things about the upcoming phone itself, and given the company's previous marketing schedule regarding this sort of teasing, I'd expect it to launch sometime in the next month or so. But based on details already published by the company, it may not be coming to the US at launch, with Europe and India getting priority for this release.