Last month, Google began rolling out a transfer tool to help users migrate seamlessly from Google Play Music to YouTube Music. It's a one-click process that syncs your library, recommendations, playlists, likes and dislikes, and more. However, as is often the case with new tech like this, many users are experiencing a glitch, reporting that the migration of their data is causing their YouTube side panel to disappear on both desktop and mobile. 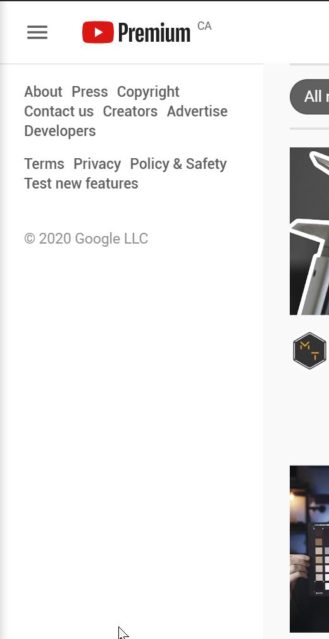 This isn't the first time the side panel on the main YouTube app/website has gone missing for many. While YouTube has responded to the issue before by suggesting users clear their browser cache and cookies, or uninstalling the app if it's on mobile, it appears the bug is back with the latest culprit being the transfer of Google Play Music data. 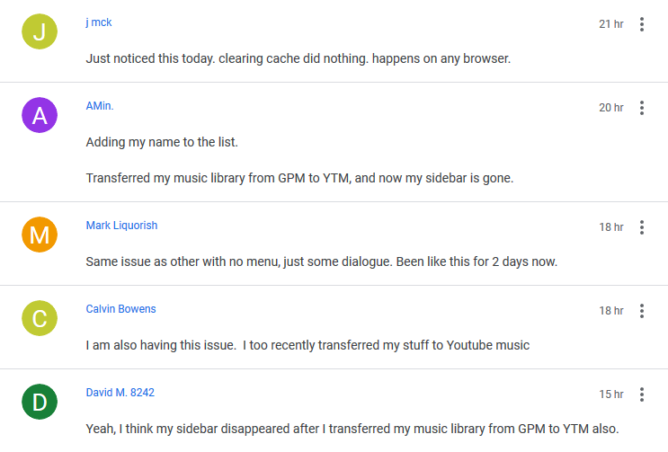 Some users say logging out and logging back in solves the problem temporarily, but it tends to disappear again. We're still waiting for an official response from YouTube, but there seems to be a fix that users are finding success with. Commenter Joe Voisin suggested that by removing all the media uploaded to YouTube Music, and removing subscriptions to "Bands", the sidebar would be restored. While this is a fairly tedious solution, it should bring back links to your subscriptions and playlists on the side of your YouTube app.