Honor and parent brand Huawei have seen a lot of trouble recently thanks to things like the trade ban and the sanctions put in place last year.  That hasn't stopped the flow of new devices, though, despite them being really hard to use without any Google apps. Now Honor is unveiling a new 9A handset that packs the promise of major battery power, alongside some new wireless earbuds.

The Honor 9A's big selling point is the 5,000mAh battery inside. Honor says this substantial cell will deliver up to up to 33 hours of 4G calls, 35 hours of video playback, or 37 hours of FM radio playback. (I guess some people still listen to  the radio?) It isn't exactly a svelte piece of hardware with its 6.3" notched display and giant battery, but it still manages to come in with a weight of just 189 grams. On the back is a triple camera system with a 13MP main lens, a 5MP 120° ultra-wide camera, and a 2MP depth sensor.

Under the hood, the 9A is powered by MediaTek's Helio P22 chipset, a midrange chip from 2018 which also appeared recently in Motorola's e6 lineup. The device will only be offered with 3GB of RAM and 64GB of storage, but it does have microSD card support. It's running the latest Magic 3.1, which is based on Android 10. Honor only recently started upgrading its older flagships to Android 10, so it's good to see the 9A is launching with the newer software onboard. 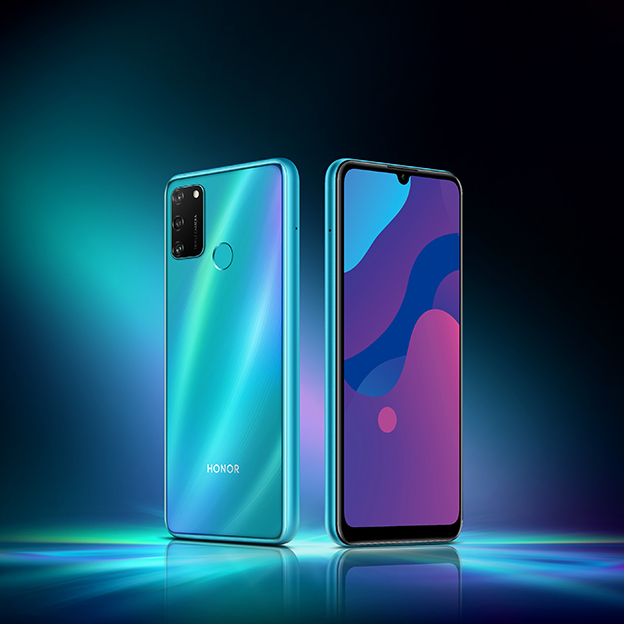 Of course, there's no Google Play services support, so you'll have to rely on the Huawei App Gallery for all your favorite applications and games (assuming they're on it), which is likely a dealbreaker for many. There are hacky workarounds, but you never know when those will break or become obsolete.

The Honor 9a will be available in Europe for €149.90 from Hihonor, Amazon and other retailers. Pre-orders for the device will begin July 1st, with the actual release later that month.

Honor also announced a new product in its CHOICE lineup, which sees the company partnering with "trusted manufacturers" to expand its ecosystem. The CHOICE True Wireless Earbuds feature 7mm composite diaphragm speakers. Honor says they should last for up to 24 hours on a charge, though more intensive tasks like taking calls will drain them faster. Not much else is known about them at present.