OnePlus signaled its intention to make a cheaper phone last month and rumors have been swirling for even longer, with potential names like the OnePlus 8 Lite or OnePlus Z being bandied about. CEO Pete Lau has now confirmed the existence of the upcoming device. In a blog post on the company's forum, he says the same "premium, flagship experience" will soon be coming to "a new, more affordable smartphone product line."

Ironically, this is exactly what OnePlus used to offer before smartphone prices rose across the board and more premium features were added to its products. The OnePlus 8 Pro, for example, isn't cheap at $900, but it still represents fairly good value compared to similarly-priced phones from competing OEMs like Samsung. With this announcement, it seems like OnePlus will be going back to its roots to offer high-end performance at a much lower price point than expected.

Who's ready for something new from @oneplus? 😎 #NewBeginnings pic.twitter.com/EOCiJZVrTU

Lau didn't share any specific details about the device other than the team developing it is being led by product veteran Paul Yu. What we do know is that Europe and India will be first to get the new smartphone, and while Lau promised that he's "also looking to bring more affordable smartphones to North America in the near future," it seems like the US will miss out on this first launch.

Although 'product line' could refer to more than one product, it seems likely that this will mean an ongoing series rather than more than one phone coming out this year. We don't know exactly when the new handset will be unveiled in full, but we should find out more very soon.

As pointed out by Chris in the comments, OnePlus is also toying with us regarding the name with the Instagram account @onepluslightzthing. 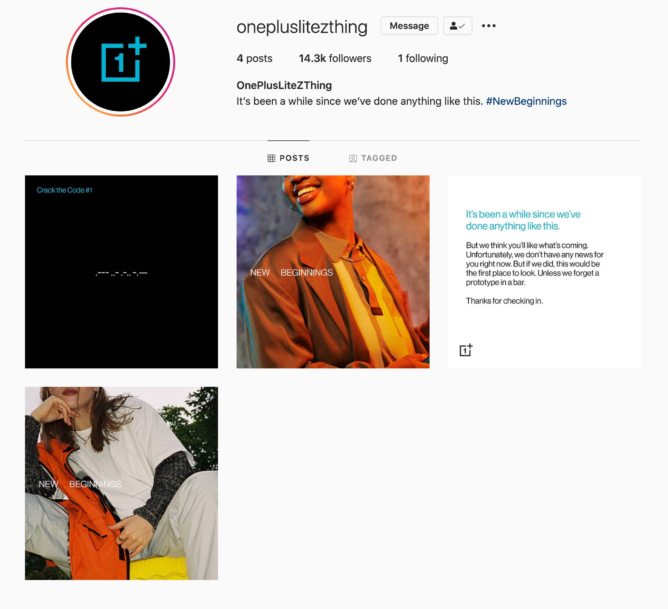 Microsoft Teams for personal use is now in preview on Android