When we're all glued to the ground in the midst of a pandemic that's almost certain to last for many months to come, we all need to find pathways to escapism. Sure, books, videogames, and exercise are fine and dandy, but for the people who are seeking new perspectives when travel is prohibitively restricted, why not fly a drone? In the past year, things have come a long way to make it easier for people in urban areas to take off safely and easily.

My personal interest in droning stems all the way back to the days of watching TV news and seeing footage shot from the station's fancy million-dollar helicopter. Simply put, when you're made to feel so small on the ground and with all that you can explore from such an agile piece of machinery, wouldn't you want to chase after it? Well, cue me, age 8, planting an RC plane into in the leafy ether of a tree to end my dreams of becoming a pilot.

I don't have a good picture of a helicopter, but putting a camera against the window of a plane comes close

It wasn't until the advent of the miniature quadcopter — wow, it can hover in place like the real helicopters! — that I felt like flight was again within reach. But I never really liked my options at the price range I could afford — fixed cameras, propellers in view, super-short battery life — and I could never save up the money for something that I did want. I also balked at how much I would have to interact with the FAA for a half-hour flight here, another one across town, figuring out what height limits and temporary flight restrictions were nearby, what the consequences might be if I made a mistake... it was certainly a lot to handle for something that was just going to be a hobby. So, my aspirations were shelved again.

Enter 2020: the novel coronavirus has changed the way we live. We're not going outside as often as before and, even when we do, it's for shorter periods and we're staying 6 feet away from people. As a person who enjoyed frequenting coffee shops while writing Android Police articles, I began to stew in my own malaise, not leaving my bedroom for days. I desperately needed a change of scenery and I couldn't buy a plane ticket. So, instead, I bought a DJI Mavic Mini. 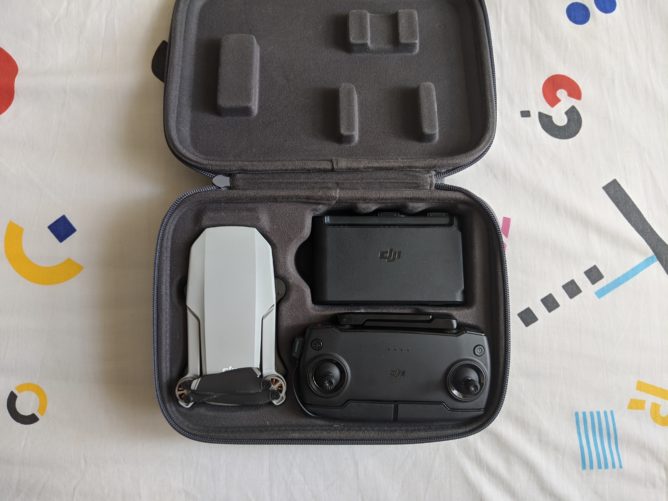 I never ended up getting the $1,200 I was entitled to under the CARES Act, but even then, with the consumer economy closing down in parts and becoming impractical to sustain elsewhere, I was able to put together enough to grab what a lot of enthusiasts would argue is the best-equipped small quadcopter.

The Mavic Mini with the Fly More accessories kit is extremely portable (except for the propeller guards which aren't particularly useful in my case), making it easy to set up and break down when moving between launch sites across town — by bike, subway, or whatever mode you choose. And with flight times north of 20 minutes per charge and three batteries in tow, I've got plenty of practice space for coordinated moves between the drone and its gimbal-stabilized camera.

The Mavic Mini weighs in at 249 grams and comes below the FAA threshold for requiring operators to register their drone. I'm of the opinion that the exemption is moot in any case and that flyers are better off registering, especially for safety and responsibility's sake. The number of "drone fail" videos on the internet speaks for itself. It currently costs $5 per device for a 3-year license. The rules also include a training requirement, but courses have yet to be formalized and offered.

One of the biggest obstacles to flying that I perceived is obtaining airspace authorization. You may have heard that the rules generally allow people to fly their UAS up to 400 feet above ground level except near airports. What I found out when I dug a little deeper is that there are different sectors of airspace that limit how high recreational flyers can be depending on their proximity to an airport and what size it is. You can fly in controlled airspace, but you'll need to request an authorization before doing so.

Consider, though, that 98.5% of the U.S. population lives within 20 miles of an FAA-certified airport and it's easy to feel daunted when approaching this task. In just where I live alone, there are 12 airports within an hour's drive.

The good news is that there's not much paperwork or wait time to figuring all this stuff out. In fact, there never was: up until last year, operators could make a phone call to their local air traffic control tower and get a decision immediately. But there's always the potential for some confusion with verbal communication and I figured that ATC probably could do better than handle multiple small-fry requests from drone fans every day.

Fortunate for me, then, that the FAA launched its Low Altitude Authorization Notification and Capability program last year — LAANC is pronounced "lance," which is weird, but we'll have to go with it. This gave airspace data and delegated flight authorizations to trusted third parties like AirMap and Kittyhawk, both of which have apps that are able to apply for LAANC authorizations at over 600 airports right now and more to come. 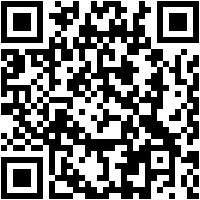 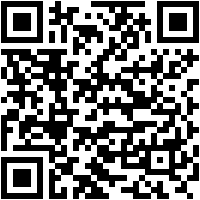 I'm using Kittyhawk just because, but AirMap does the exact same thing with a slightly different UI

I did need to sign up for a Kittyhawk account and leave a phone number in case the FAA needs to give me a call, but that's par for the course. Without getting too nerdy about it, I'm able to look up where I want to fly, check for any upcoming event or height restrictions — drones can't fly over professional sports matches, national monuments, presidential visits, etc. — then set a ceiling and schedule.

Once I confirm my plan, the app says if the FAA can give an instant authorization to it. If I followed the cues about restrictions as given by the app, then 99.9% of my plans should be eligible for auto-approval. All I needed to do after that is agree to follow the law and best practices. The request gets sent to the FAA and I get an SMS within seconds telling me that my flight has been authorized. Everything is mapped down to the detail and all sides are better off for having reliable information to refer to.

In the week since I've bought my drone, I've taken it out on more than a dozen expedition sessions. Sadly, I can't share any footage from any of them because under the broadest interpretation of the law, I would need a commercial license to do that — you can look up my name on YouTube if you're interested in what I shot so far. In any case, the views that I've been able to capture and look back on have given me that child-like wonderment I've been after for such a long time, something I needed in this permanent state of global crisis we're in. And it all goes back to how accessible the droning experience has become, especially when we're dealing with its highly-regulated nature.

Weekend poll: Which video call or conferencing services do you use?