If you're looking to get into a hobby or accomplish a goal, you might turn to places like Etsy and Pinterest for some inspiration. Google's experimental Area 120 workshop launched an earnest attempt at becoming such a source mere days ago with Tangi. Now, that team has come together with the company's People and Artificial Intelligence Research group to make something more akin to a Pinterest-Reddit hybrid called Keen.

The website and Android app (which is basically a restricted instance of Chrome) focuses on letting users curate whatever they need for the sake of interests such as baking, gardening, and other ideas the human mind can come up with. People can create and follow interests or keens — they can be public or private — then collaborate by contributing links, text, hashtags, or an item from the built-in Google search index — these user-submitted entries are called Gems and they can be sorted into sections with the interest and people can comment on them.

Users can also feed search queries, even hashtags to the keen from which artificial intelligence will pull links to populate in the Explore tab and can be saved as Gems.

All in all, we're dealing with fewer pictures are more links for people to get at the source material. It's the substance of Reddit (wait, it has substance?) with the curation of Pinterest.

If you're curious, you can check it out at staykeen.com. There's not much point to downloading the app since it's a mirror of the site, but we've got that link below as well. 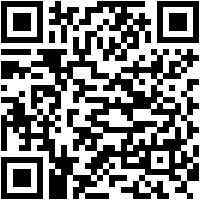