According to a recent teardown by our friends at 9to5Google, the Google Docs, Sheets, and Slides Android apps may be gearing up to add dark theme support. And it won't just be for the main document-browsing UI, we're talking full-on dark theme in their respective document editors, too (though not in the case of Slides). Even better, screenshots of the change in Google Docs have been published by @Alex193a, so we can see what it will look like in action when it does eventually land. Now we just have to hope this comes to the web versions as well.

Details, as usual with these early features spotted in teardowns, are a bit sparse, and they're always subject to change. But what's been observed is pretty clear-cut, with a handful of strings explicitly mentioning "dark mode" across all three apps — in context, as part of some sort of introduction or welcome notification when the feature is finally enabled. Screenshots for the feature (which must already be implemented in the app as part of a hidden feature flag or something) have also been published: 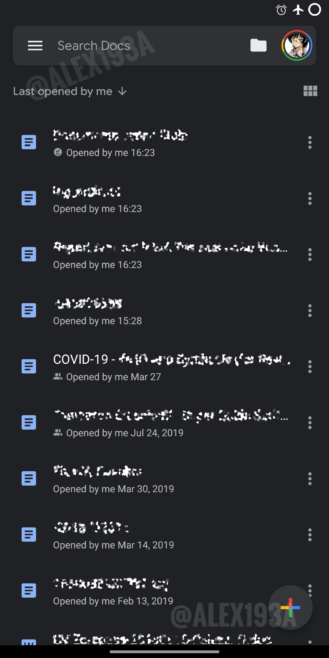 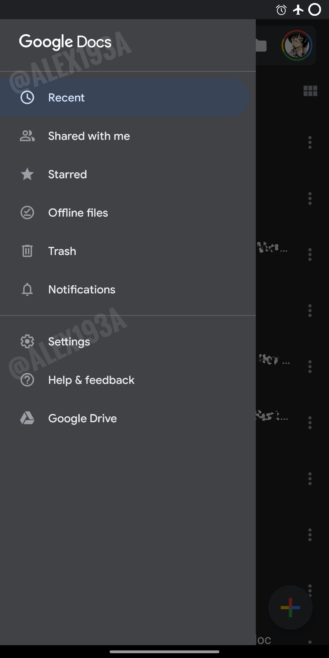 Screenshots of dark theme on Google Docs in action. Images via @Alex193a. 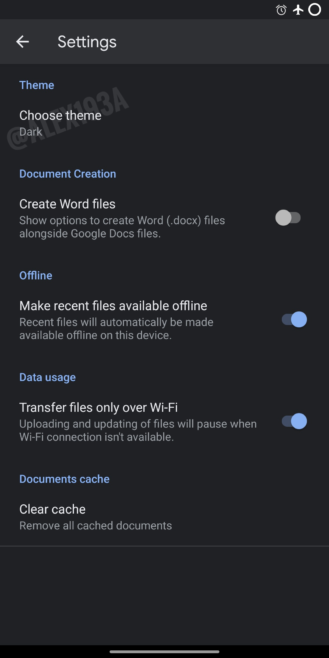 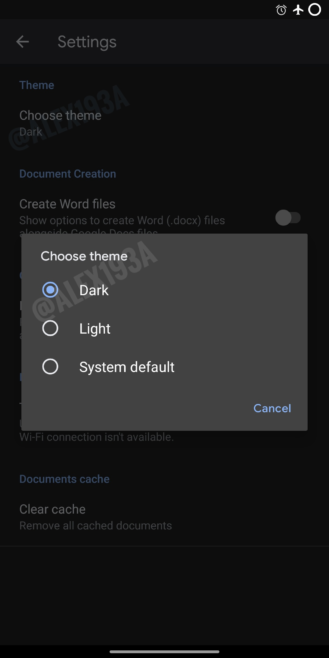 The list/default view's implementation, which Google calls the "doclist," is looks similar to the existing Google Drive app's dark theme. As you can see, it's Google's usual not-quite-black background with gray accents, white text, a switch to white for monochrome icons, and the white parts of the more colorful icons has been changed to black. In short: the usual dark theme fare. However, we're also getting a dark theme for the document editor itself in both Docs and Sheets — Google apparently calls that view the "canvas." 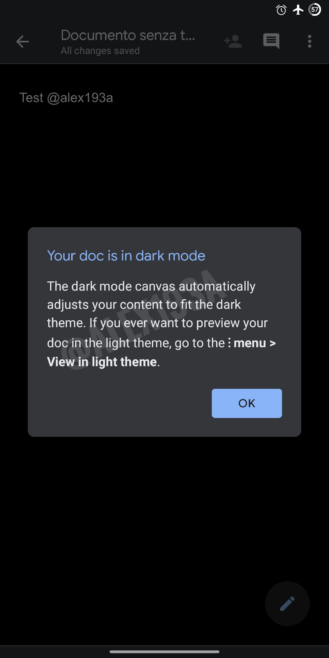 Dark theme in the "canvas" or document editor in Google Docs. Images via @Alex193a. 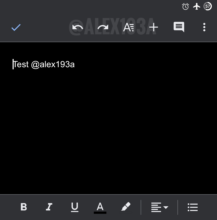 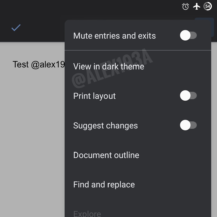 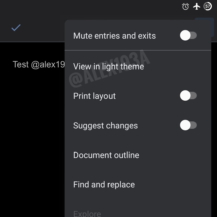 Sheets and Docs will both pick up the modified darker colors in the optional dark theme mode, with the ability to quickly change your view to the normal "light theme" via the three-button overflow menu — that way if a certain document doesn't look great with the dark theme or is hard to read, it's fast to switch as needed on a per-document basis, rather than backing out and digging through menus for a global setting.

According to the details unearthed in the teardown, Slides won't be getting the same dark theme treatment to its editor that Sheets and Docs get, which makes sense — it's much more "what you see is what you get" and you wouldn't want to make a presentation assuming one background color just to have it look some other way on a different computer. We also only have images of Google Docs' dark theme for now, though it doesn't take much imagination to deduce how it will look in Sheets with this example.

There's no telling yet when these features will actually be enabled, but based on the history of associated additions and the fact that Google is now preparing introductory prompts for the features, the wait might not be so long. I just hope the web versions of these services also pick up dark themes at the same time — Google Docs is blinding on a laptop at night.

Alessandro Paluzzi (@alex193a) was able to get the feature working, and snagged a small pile of screenshots showing it in action, as well as those introductory prompts. Our coverage has been updated with those details.