There are a lot of Android phones on the market, and while it's great there are so many choices, the abundance of phones can sometimes feel overwhelming. Is the Galaxy S10 still a good phone to buy? What should I get if I'm on a tight budget? We're here to answer those questions (and many others), with this list of the best Android smartphones to buy. There's something for every price point and taste, and we have all of the information you need to make an informed purchase.

The entry-level S20 has a 6.2-inch AMOLED screen with ultra-smooth 120Hz, a Snapdragon 865 processor, 12GB RAM, 128GB of internal storage (expandable via microSD), and a 4,000mAh battery. Three rear cameras are included: a 12MP ultra-wide, a 12MP wide-angle, and a 64MP telephoto. You also get full 5G support, if your carrier has a 5G network in your area. However, the trusty headphone jack from the S10 series is no more, so you'll have to adapt to the #donglelife. 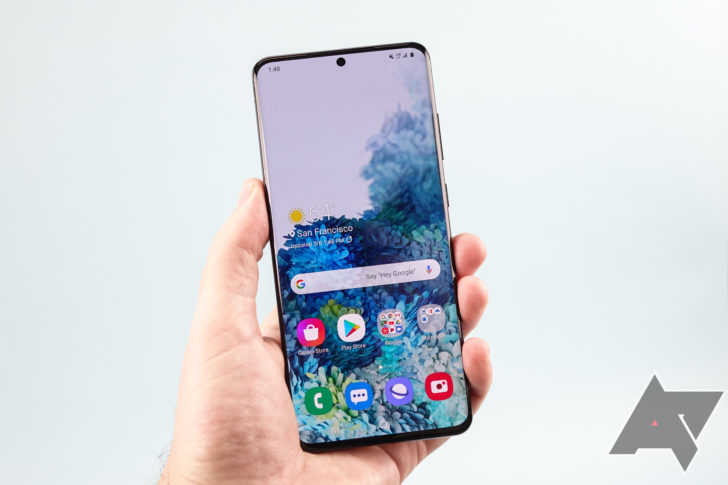 The base Galaxy S20 is available in four colors: Cosmic Gray, Cloud Pink, and Cloud Blue. It normally costs $999.99, but the price will likely start to do down over the next few months, as is usually the case with flagship phone launches.

Even though prices on OnePlus phones continue to rise every year, they are still some of the best values in the Android smartphone world. The OnePlus 8 Pro is extremely hard to come by right now, but the lower-end OnePlus 8 is still in stock pretty much everywhere for $699. 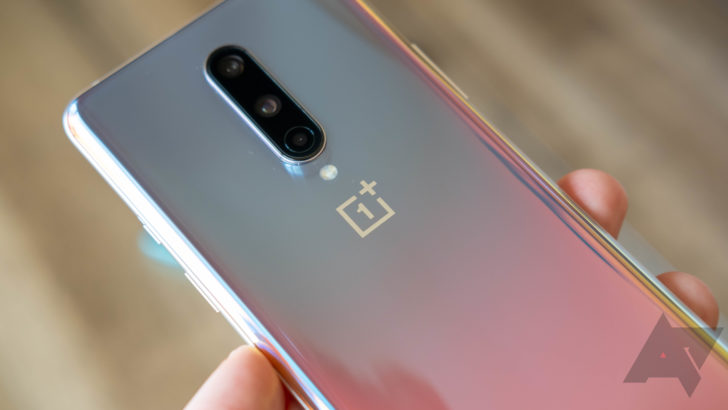 In our review, Ryan wrote, "The software experience is almost as good as Google's Pixel, and the build quality is easily a match for Samsung. While 5G is of questionable value right now, this phone catapults you into the 5G era for several hundred less than a Galaxy S20."

OnePlus sells the OP8 on its own website, but it's also available from Amazon and select carriers.

Samsung is taking a page from Apple's playbook this year, by continuing to sell its 2019 flagships as a budget alternative to its 2020 phones. The Galaxy S10 series is still in production, and prices have been reduced across the board. Last year's mid-range option, the regular S10, is now available for around $600. 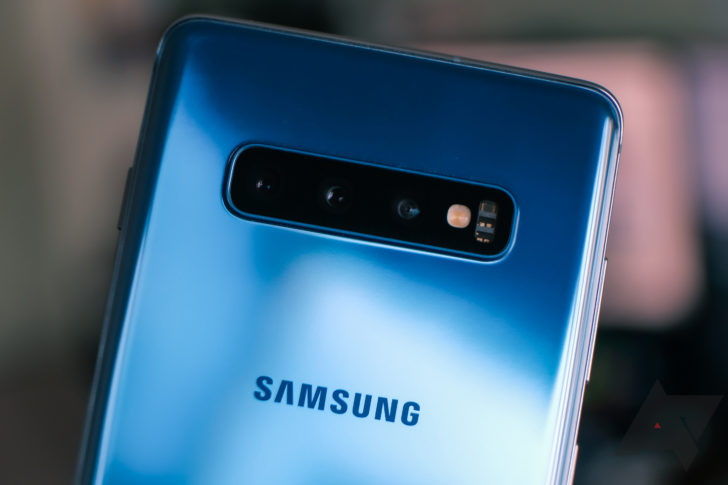 The Galaxy S10 is equipped with a Snapdragon 855 processor, 8GB of RAM, 128GB of storage (with microSD support), a 6.1-inch 1040x1440 AMOLED screen, and three rear cameras. The S10 also has two main features that the S20 series dropped: a headphone jack and heart rate sensor. It also received Android 10 last year, so the software experience is almost identical to the S20's.

Where to buy the Samsung Galaxy S10

The Pixel 3a and 3a XL are Google's return to Nexus-era pricing, with the smaller model costing $399 and the larger version set at $479. It doesn't have flagship-level hardware, but it's close enough to the Pixel 3 that most people wouldn't notice a difference. 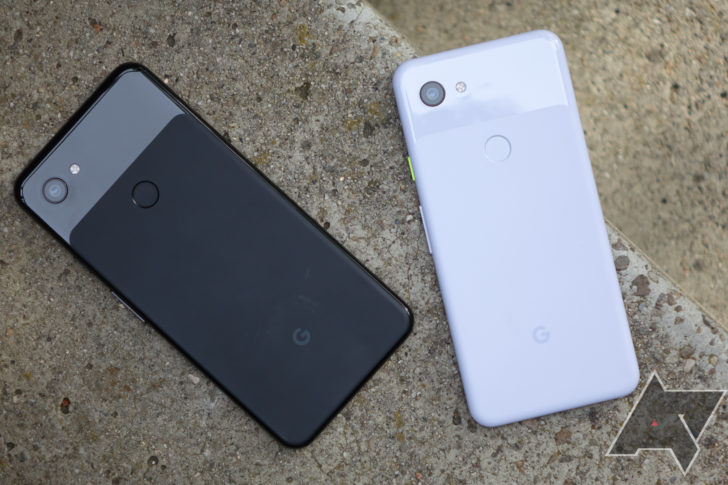 Both phones have a Snapdragon 670 processor, 4GB of RAM, 64GB of internal storage, a headphone jack (can't take that for granted these days), NFC for Google Pay, a rear fingerprint scanner, a 12.2MP rear camera, and an 8MP front camera. The smaller model has a 5.6-inch screen and a 3,000mAh battery, while the XL has a 6-inch screen with a 3,700mAh battery.

In our review, David wrote, "While the photos you’ll take with the Pixel 3a will have you impressed from day one, I think getting those three years of OS updates - and just as fast as every other Pixel phone - will leave you feeling like you made the right call. Google gets a lot of flack for bugs on its smartphones - and not unjustifiably, at times - but while every Android phone has bugs and glitches, basically none of them are going to see the level of software support this one will - even proper “flagships.” It’s hard to put a dollar value on that, but Google has: half the price of our other phones. I think that makes the Pixel 3a and 3a XL a pretty good deal, and pretty much without compare in the sub-$500 price bracket." 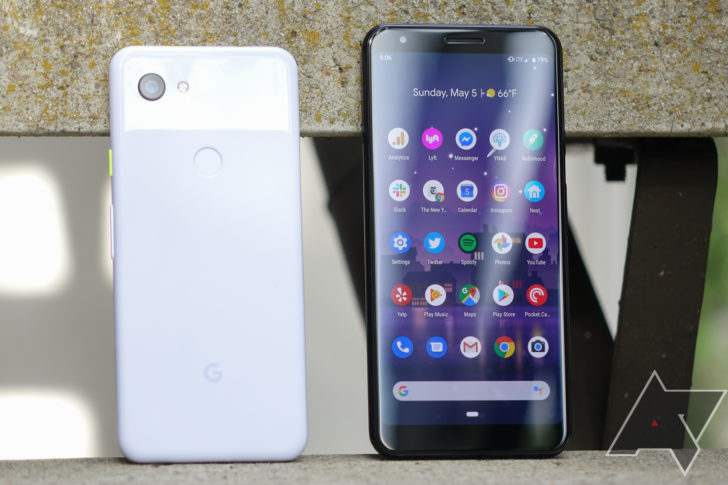 The Pixel 3a and 3a XL work on pretty much every carrier, including AT&T, Verizon, T-Mobile, and Sprint. Both versions are available in three colors: Just Black, Clearly White, and 'Purple-ish'. It's worth noting that sequel models may arrive soon, but the Pixel 3a still has two years of software support left.

Where to buy the Google Pixel 3a

Where to buy the Google Pixel 3a XL

Motorola didn't release a standard Moto G phone in the United States this year, instead we got the 'Moto G Power' and the 'Moto G Stylus.' The former is probably the best phone in the ~$200 range you can get right now. 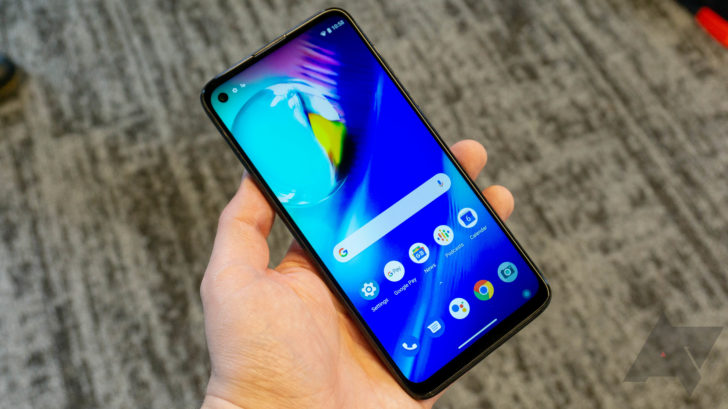 The Moto G Power has a Snapdragon 665 processor, 4GB of RAM, 64GB of internal storage (expandable via microSD), and a 6.4-inch 1080p LCD screen. The 'Power' in the name refers to the massive 5,000mAh battery, which should last most people 2-3 days on a single charge.

There are some trade-offs that were made to bring the price down, though. There's no quick-charging, so topping up the battery will take a while, and Motorola also declined to add NFC support, which means no Google Pay support. Check out our full review for all the details.

Where to buy the Motorola Moto G Power

How to block spam notifications and rogue ads on Android