The second Developer Preview of Android 11 replaced the built-in file manager with Files by Google, the same application that was already present on the Play Store (and pre-installed on Android Go phones). However, the Files app on Android 11 has a slightly different appearance than the same app on Android 10 phones, and there is some added functionality.

The Files by Google app on devices running Android 10 (or older) has three buttons in the navigation bar: Clean, Browse, and Share. On the Android 11 version, the Share tab has been moved to the hamburger menu. 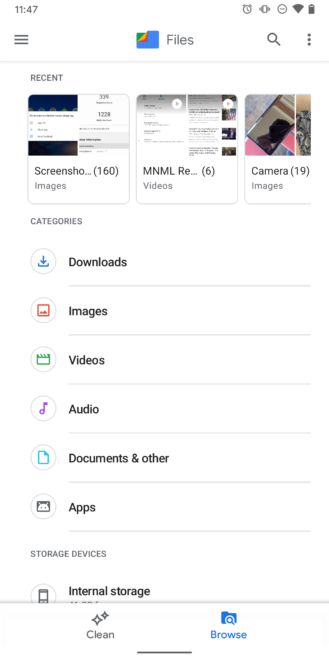 More importantly, the new version of Files by Google has a menu option for 'Other storage' in the Browse tab, which allows you to view files from storage providers on your phone — Dropbox, Google Drive, OneDrive, and so on. This makes Files by Google feature-complete with the AOSP file manager it replaced in Developer Preview 2. 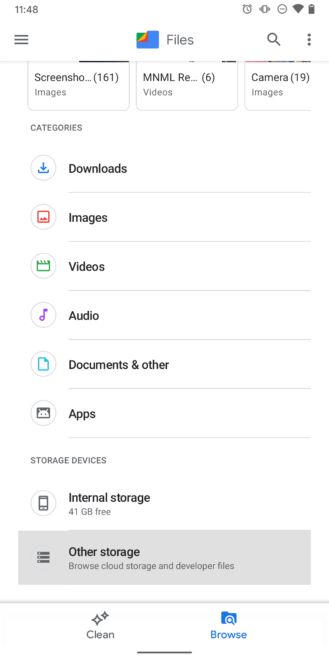 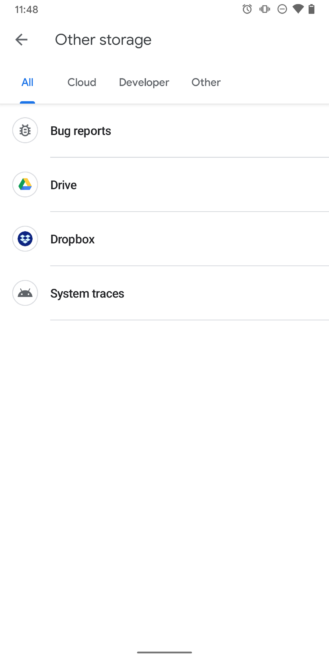 The functionality does seem to be a bit buggy on my Pixel 3a right now, as selecting Dropbox from the menu opens the old AOSP file manager with nothing selected, but the integration appears to work for some other apps. There's plenty of time to iron out the bugs before the final Android 11 release, at least.