Two new games have been confirmed for upcoming release on the Stadia Community Blog. The first of those is Windbound, a survival-crafting RPG-adventure that looks to be in no small way inspired by Nintendo's The Legend of Zelda: Breath of the Wild, for better or worse. The other is Cris Tales, a "love letter to classic JRPGs."

We get a good sense of the gameplay in Windbound from the trailer below. You'll play as a warrior called Kara who has to trek across deserts (check out that Molduga), explore islands, and sail the seas in search of something. It does look pretty, and it could be a nice way to pass the time while we wait for more news on Breath of the Wild 2. Or maybe it'll surprise us and offer some really compelling gameplay. It's developed by 5 Lives Studios and published by Deep Silver. Windbound arrives on August 28 on Stadia, as well as PC, PS4 and Xbox One.

Cris Tales is a JRPG-inspired game with branching stories and turn-based combat. The art style is very pretty, with hand-drawn 2D animations, while the story revolves around how your actions affect the present, past, and future. Its trailer doesn't feature any gameplay footage, but there are some screenshots on the Modus Games site (and below) that show how interesting the visuals are in-game. Cris Tales will be released on November 17 for Stadia, Switch, PS4, Xbox One, and PC. 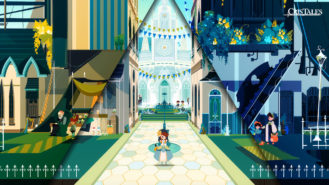 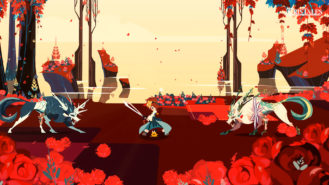 The Motorola Edge+ seems to have some serious display issues