A massive outage affecting T-Mobile's network has resolved overnight, with President of Technology Neville Ray claiming that service was finally fully restored around 1AM ET, following almost a day of widespread issues. Though reports came in for issues on all three big US carriers, AT&T and Verizon claim their networks were operating as usual. 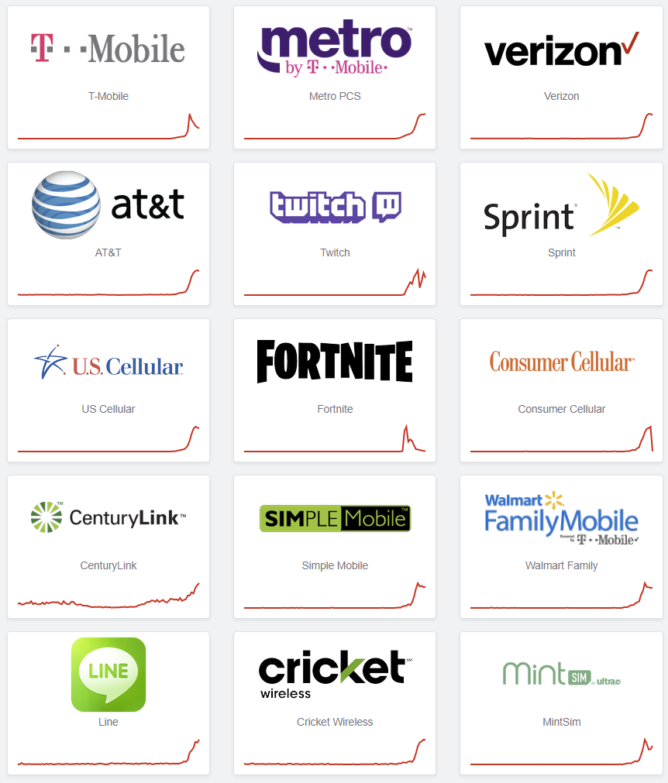 Reports yesterday were widespread, beginning to trail off during the evening when T-Mobile was able to bring its data services back up. Customers in several major markets reported issues, though the experience wasn't universal. Anecdotally, I had data on T-Mobile in the Boston area the whole time, though calls and SMS messages only worked intermittently. 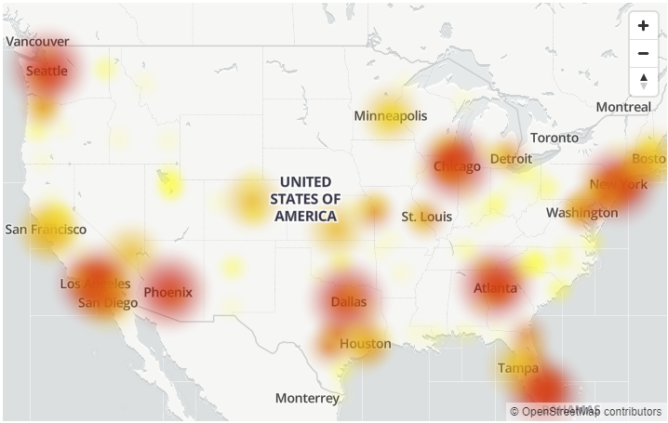 T-Mobile's map of reports on Downdetector.

Although reports came in across all three major US carriers, only T-Mobile acknowledged outage. An AT&T spokesperson told us its network was operating normally, and Verizon was actively claiming it's unaware of any issues.

Our engineers are working to resolve a voice and data issue that has been affecting customers around the country. We’re sorry for the inconvenience and hope to have this fixed shortly.

Speaking to representatives from both AT&T and Verizon, the companies believe the reports of issues with their networks on Downdetector are incorrect, and that the problem stems from another carrier, with only calls to and from that carrier potentially affected.

At around 1AM ET, T-Mobile's Neville Ray said that services had been restored following around half a day of outage.

Voice and text services are now restored. Thank you for your patience as we fixed the issues. We sincerely apologize for any and all inconveniences.

There was speculation, together with a set of scary maps and out of context links to sites like this, that the outage was the result of a DDoS attack, but Cloudflare's Matthew Prince (i.e., the guy in the position to see if it was a DDoS) claimed the company didn't observe anything like that, and that such fears were unfounded.

There’s a lot of buzz right now about a “massive DDoS attack” targeting the US, complete with scary-looking graphs (see Tweet below). While it makes for a good headline in these already dramatic times, it’s not accurate. The reality is far more boring. 1/X https://t.co/4wDIlKnfQg

The cause behind the outage has yet to be provided by T-Mobile, and several of our readers' reports disagree with claims from the other two major carriers that their networks were operating as normal. If and when an explanation for the outage is presented, we'll be sure to let you know. For now, at least, the issue has been resolved.

AT&T and Verizon both claimed their networks were unaffected, though T-Mobile acknowledged the issue. T-Mobile's Neville Ray has since issued a statement that the problem has been resolved. Our coverage has been updated with this information.

A previous version of this story incorrectly called Neville Ray the CEO of T-Mobile, he is the President of Technology and former CTO.