The Google Maps API, which allows websites to display information from Maps on their own web pages, is fifteen years old now. The powerful information available from Google gave developers the ability to get creative when embedding Maps content. Now the Google Maps Platform team is announcing both Local Context, a set of tools that make map embeds more useful on the web, and the worldwide availability of its solution to integrate Google Maps data into games.

The new Local Context beta lets developers easily integrate local information into the maps displayed on their webpages and mobile web apps. Google says that this will allow for more customized, accurate information that will help users make more informed decisions about everything from renting a house to selecting a vacation spot. With Local Context, Google Map embeds can show ratings, reviews, photos, and directions without users ever leaving the page.

Another recent release the Google Maps Platform team is highlighting is the enhanced customizability coming alongside the new Local Context beta. Up until now, Maps customization had been handled via client-side JSON which was sent to the server with map requests. This meant the customization that could be done was limited by URL character limits.

Now, Map customization has moved to cloud-based styling, which increases the number of customizations that can be done on a map to over 250 for most browsers. Developers can utilize these new options to tailor their Map embeds to fit their business needs and brand, making the end experience better for their customers. 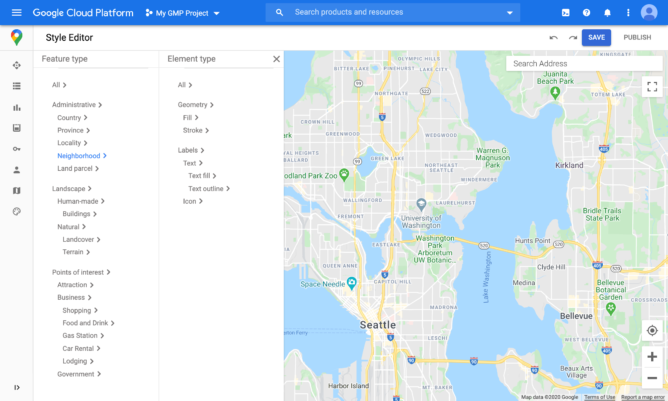 Google is also announcing that the Maps Platform gaming solution is now available to all developers around the world. The gaming solution lets developers take advantage of Google Maps data in order to build location-based in-game features into their apps. This has been in testing for over two years now so it's nice to finally see this rolling out to everyone.