Google has made good on its earlier promise to expand the number of participants in Duo video calls. Support for up to 32-person calls is now rolling out for Duo on Chrome, ramping up the platform's ability to scale to compete with Zoom calls.

1/Today one of our most requested features for Duo, group calling on the web with up to 32 people, is starting to roll out on the latest version of Chrome. pic.twitter.com/hjnL96iVcz

Google confirmed to Android Police last month that the company was working on rolling out support for up to 32 participants in Duo calls. The maximum number of call participants was increased from 8 to 12 back in March, and in April, Google said that it was working on a higher limit, though the exact count was unknown at the time. The company also sent out email promotions highlighting the feature, as seen below: 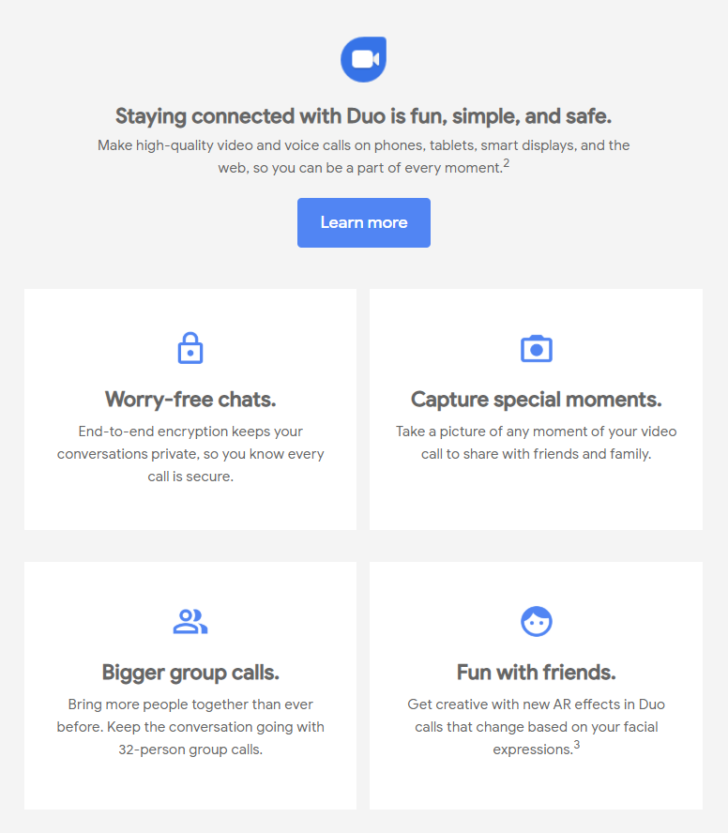 Combined with the recent addition of group call support from the web, Duo makes for a great alternative to Zoom, Skype, and other similar services, though Duo users on other platforms like Android should note that they're still just limited to 12-person calls for now. And, as far as we know, Duo on smart displays still doesn't support group calls at all.

Support for 32-person calls is now live in the latest version of Chrome. Our coverage has been updated with this information.

The new participant limit is now live in Android too. You can read about it here.