We've been anticipating an Android TV-powered dongle from Google since the beginning of the year, when details first broke about the company's plans. In the intervening time, the pace of rumors and leaks has picked up, and while there are still unanswered questions, today we know quite a lot about "Sabrina" — that's its hardware code-name. Let's review the facts.

Our friends at XDA Developers were able to dig up a pre-release firmware build for the dongle, and from it, they have pulled both video and a few still images that show off the oval-shaped dongle itself, and the remote control it's expected to come with.

Do note that the firmware they got their hands on dates back to last year, so some of these details may have since changed. 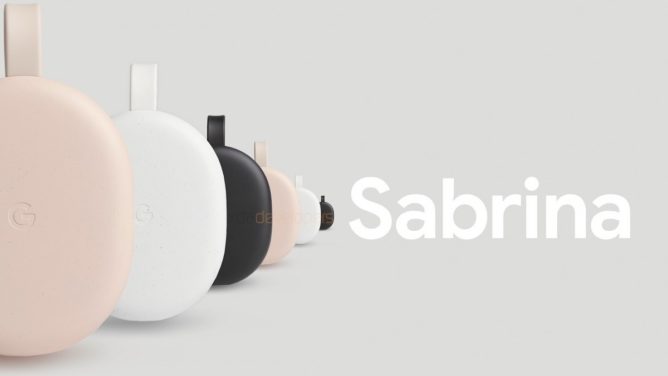 Based on the leaks, the dongle may come in three colors: White, black, and an off-white beige. XDA speculates, based on these images, that the surface might have a sandstone-like texture. As with recent Chromecasts, its HDMI output appears to be via a flexible cable at the top. Google's "G" logo branding is embossed in the center, and we assume the port for power is on the bottom.

An image of the remote from the front.

The dongle's remote is about as simple and minimal as the dongle itself — though we can only see the top front of it. We have a directional pad, and below that are six buttons: Android TV's usual Back and Home buttons for system navigation, an Assistant button, a new "favorites" button, a play/pause button, and a mute button. The remote is purported to include a microphone, as well, for issuing commands to the Assistant. Further hints in software have indicated that it may also have dedicated YouTube and Netflix buttons.

There's more to "Sabrina" than just a compact design and a remote, though. A redesigned Android TV interface may also debut with the new device: 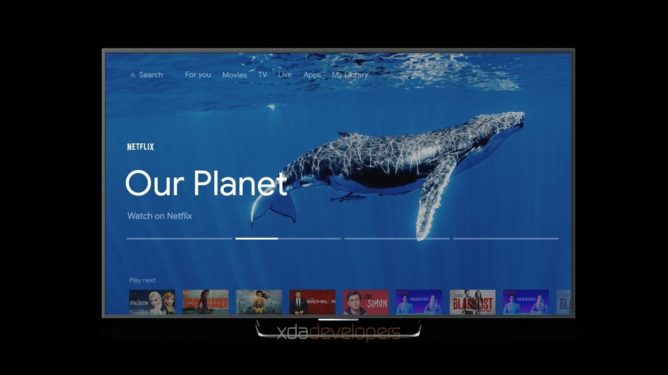 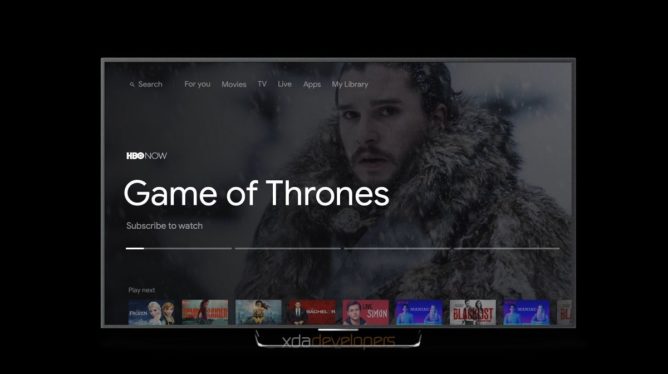 For more details, check XDA's video, which shows some of these changes in action. Again, these assets are at least half a year old, so some details may have changed since then, but the short version is that the platform looks to be redesigned around a "content-focused" mindset, with big scrolling carousels of promoted content. It remains to be seen how that will look or work in practice, but if Google is going to be heavily promoting content you aren't subscribed to with the majority of the space at the top of your home screen, it will be hard for some folks not to see it as advertising.

Other changes spotted include smart display-like Nest alert overlays for folks with the smart home hardware to take advantage of it. Native and live YouTube TV integration is also purported planned, baked directly into the launcher itself, plus a new Assistant interface for things like searches. 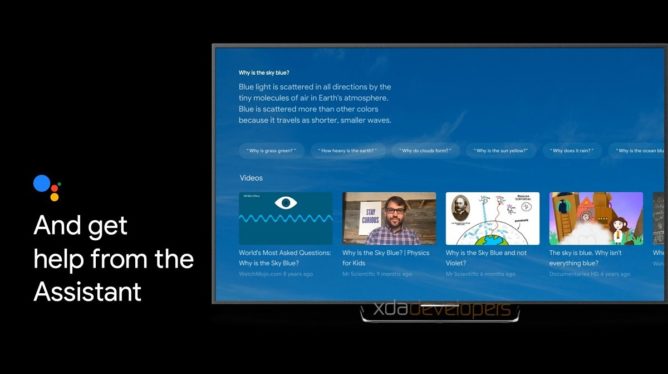 Detailed specs for the upcoming Android TV dongle have been divined from XDA's leaked software images:

This chipset might not compete with the Nvidia Shield, but it has appeared in several other Android TVs and set-top boxes, with the oomph to decode up to 4Kp75 10-bit H.265 content, output up to 4Kp60 over HDMI2.1 and support for several HDR standards.

It also supports HDMI 2.1's Auto Low Latency Mode, which can let the dongle tell compatible TVs to switch over into game mode for specific activities — probably hinting at official support for Google's cloud game streaming service Stadia, though Google could use it for something else.

Do note, these specs are based on information that dates back to the end of last year, and details may have changed since then.

Prior leaks by Protocol claim the dongle should come in at around $80. That's quite a bit more than competing items like the Amazon Fire TV 4K or Roku Streaming Stick+, though it's still below the new tube-shaped Nvidia Shield Android TV.

At this point, your guess is as good as ours. 9to5Google previously claimed it was landing sometime this year, but that was before coronavirus, the subsequent lockdown, and more recent protests. With both Google's hardware and software releases being delayed, there's no way to predict the company's plans. We might hear about it in a few weeks as part of a delayed I/O reveal, or it might disappear until we get closer to this fall's expected Made By Google hardware announcements.