We all know email sucks, but there's no easy answer as to how to fix it. Inbox by Gmail was promising, only to be cut down in its prime by the evil overlords at Google who just can't let us have nice things. Other clients like Spark can paper over some of the cracks, but to really solve the many problems you have to start from scratch. That's what the makers of popular project management tool Basecamp have done with Hey.

First announced back in February, Hey is now free to try for anyone who has an invite code (which you can request here) and it'll be more widely available next month. The Android app is live on the Play Store, too, and the interface is refreshing at the very least. Once you're set up with an @hey.com email address, your inbox becomes the more focused "Imbox" (important box) with only the emails that matter most to you. Then there's a screening area for deciding if first-time emailers should be allowed through or not. You can also change subjects that will only show for you and add private notes, which are the type of things I've always wished I could do with Gmail. 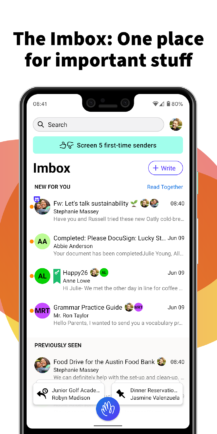 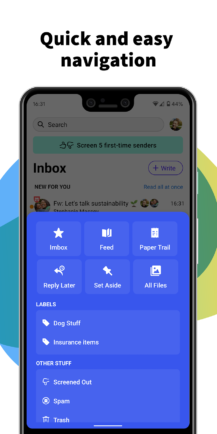 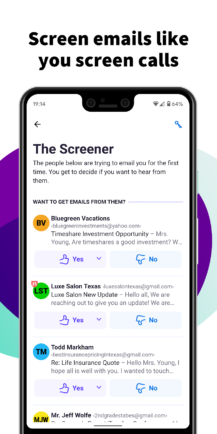 There's a separate space for things like receipts and somewhere to set things aside that you don't need now but will be useful later. Files also get their own area so they're super easy to find when you need them. None of this is rocket science, really — they sound like logical solutions to common email problems — which makes it surprising that the likes of Google haven't already thought about implementing some of these changes. 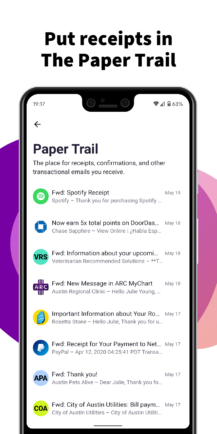 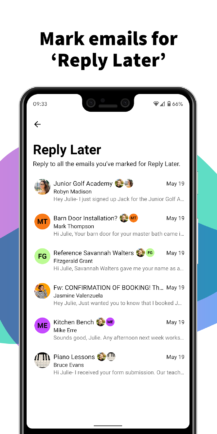 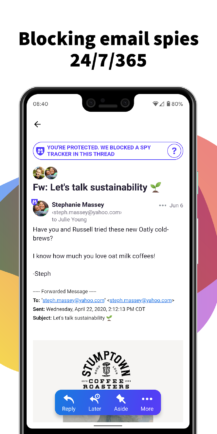 As with anything that sounds too good to be true, there is a catch: Hey isn't free. You can try it for nothing for 14 days, but after that, you're going to have to pony up $99 per year. That's $8.25 per month (but you have to pay it in one go) and it gets you 100GB of space for all your mail and attachments. The argument is that you're paying for Gmail or whatever else anyway through ads, but most people are probably happy enough with that arrangement. I don't see a huge number of ads in my Gmail, so paying $100 a year for it would seem like an extravagance. On the other hand, not having your personal data used to sell ads is probably worth shelling out for, depending on your outlook.

If you've got a spare 37 minutes, check out this Hey tour.

It's a bold move from the makers of Basecamp, who are proud to say they're an independent company and hope that you'd rather entrust your email to them for that reason among others. There are apparently 40,000 people on the waitlist at present, and co-founder David Heinemeier Hanson says he'd see 200,000 users as an overwhelming success. For comparison, Basecamp now serves 3.3 million users. Whether they can persuade that many users to pay for their email remains to be seen, but there's a lot of promise in their offering. I'm looking forward to trying it out myself.

Go ahead and grab Hey from either the Play Store or APK Mirror.