As we're used to for the past several years now, LG leaves very few secrets on the table about the phones it's going to launch. Indeed, the new Velvet phone  was teased quite early on as the successor to the longstanding G-series. Tomorrow, it goes on pre-sale in South Korea and we're now getting a clearer look at what we can expect out of the phone.

On the outside, there isn't too much difference between an older G device and the Velvet — LG still leans on a mostly-glass build, but the rear cameras have moved from center stage to the top-left corner. There's still a notch in the display for the selfie camera, but as it's paired with some bezels at the top and bottom, the actual protrusion is smaller than the G8's.

As for the rest of the phone, some may find Qualcomm's Snapdragon 765G lacking where other phones running with the Snapdragon 865 aren't — cost being a critical factor here. But the two chipsets do share a couple things: they're decent powerhouses in and of themselves and they are 5G-capable. There are also a couple of other compromises on the Velvet with the older UFS 2.1 storage and the 1080p display. We're also not clear on whether the phone carries on the in-line Quad DAC system that has featured for years on older G and V phones. 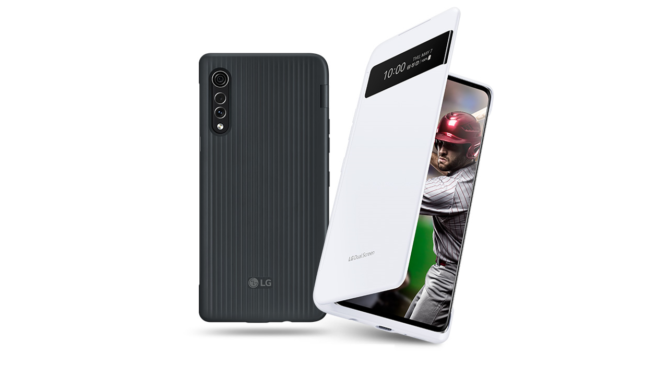 There are plenty of bells and whistles to make up for those cut corners, though, including AI-enhanced cinema sound, complex video shooting modes, and an ASMR sound capture function. Accessory-wise, you'll be able to use a Waxom digitized stylus on the Velvet if you've got one and there's a Dual Screen case soon to be available for extended utility.

LG is pricing the Velvet at KRW 899,800 or roughly $735 — around the same price as its G8 last year with the Snapdragon 855. On one hand, the company's sticking to a price that other manufacturers have freely abandoned (supposedly in part because of the 865's massively increased costs). On the other, one can only pare down a product so much to justify the money they're asking for. We'll have to see how this translates across other regions, including the U.S.

After weeks at home, LG has rolled out its touring plans for the Velvet. The phone will sell first in Germany, Hungary, Italy, Poland, and Spain. Swathes of Africa, elsewhere in Asia, Latin America, the Middle East, and North America are set to get it within weeks.

5 cool Telegram gestures and shortcuts you should be using