One of the bigger features in Android 11 is a new type of "bubble" notification, which has been in development for years and looks a bit like Facebook's ancient chat heads. Unfortunately, they require that apps specifically support them to work going forward. However, Google's first-party Messages app will pick up support for it "in the next week or two." The settings section for bubbles has also been changed slightly as of Android 11 Beta 1. 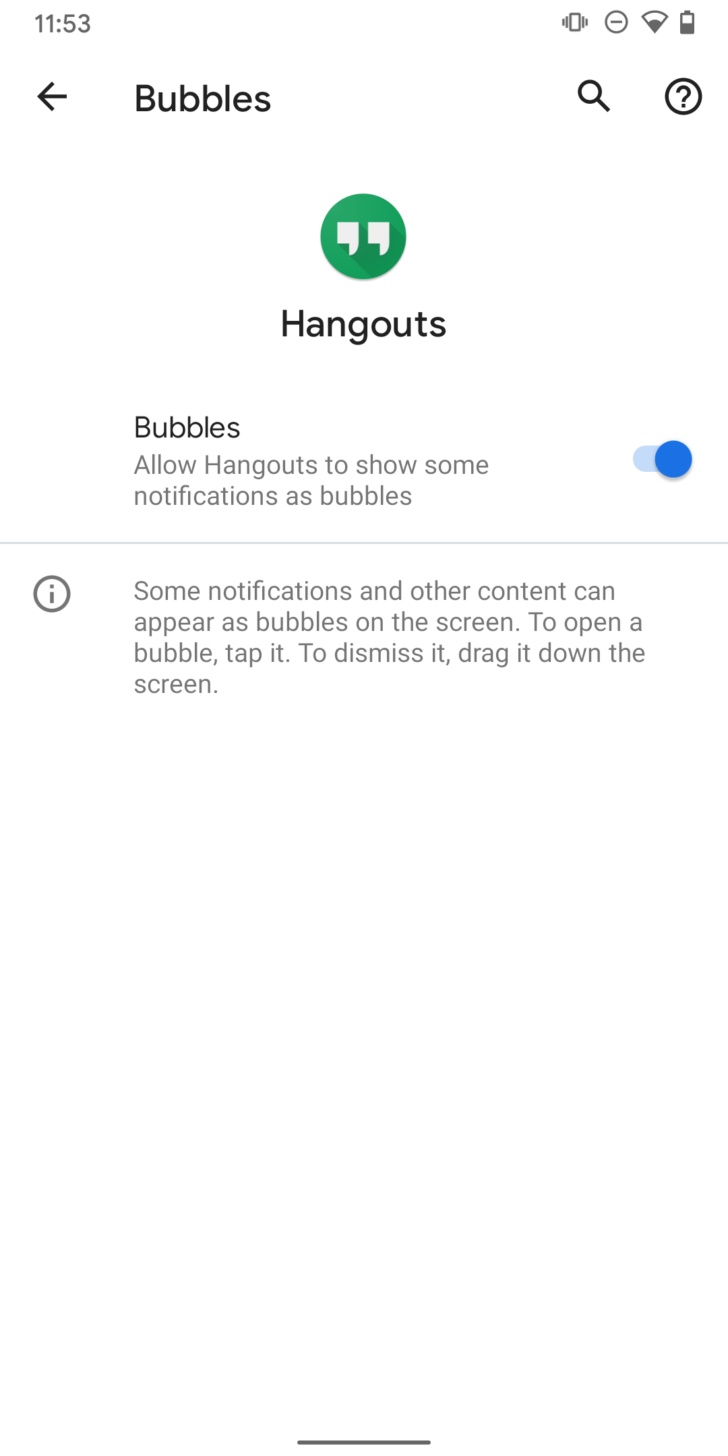 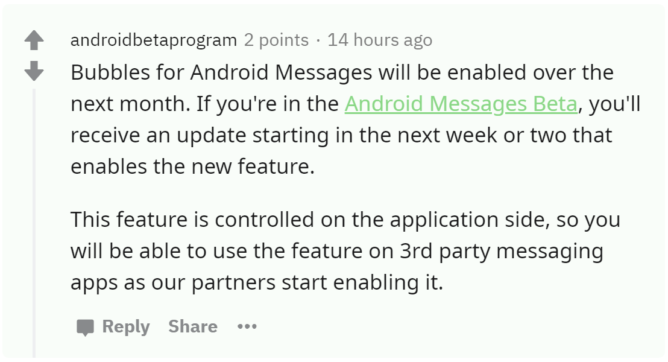 According to an announcement made via a comment on Reddit by Google's official /u/androidbetaprogram account, the Messages app will also be picking up support for bubble notifications in the next week or two, via an update to the opt-in Messages beta program on the Play Store.

So far, the experience using bubbles during the developer previews has been a little inconsistent. At one point, they seemed to work with quite a few different apps, but that seems to have changed in later releases, and enabling the feature for specific apps no longer works. Perhaps the early implementations (which were app-specific and not conversation-specific) were a proof of concept before the new API was finalized. Right now, the only app we know of that explicitly supports the bubbles notification API is Facebook Messenger.

Google Play Store will make app bundles a requirement in 2021

2015 Sony Android TVs are getting updated — to Android 8 Oreo