Google Photos is already extremely good at searching through your old snapshots—you can search for objects, people, and even locations to find photos. Google is apparently testing a more visual way to find your photos based on location called "Explore map." a few lucky users already have it, and others have managed to get the map by poking at the APK.

The new map will appear on the search page along with Places. You don't need to search for a place to use the map, either. Simply tap the explore button and scroll around to see a "heatmap" of places where you've taken photos. You can even zoom in to see the images scattered around a city. All phones offer you the option of attaching GPS coordinates to photos as you take them, but Photos can add locations by other means. For example, if you've got location services on, Google knows roughly where you were at the time you took a photo. 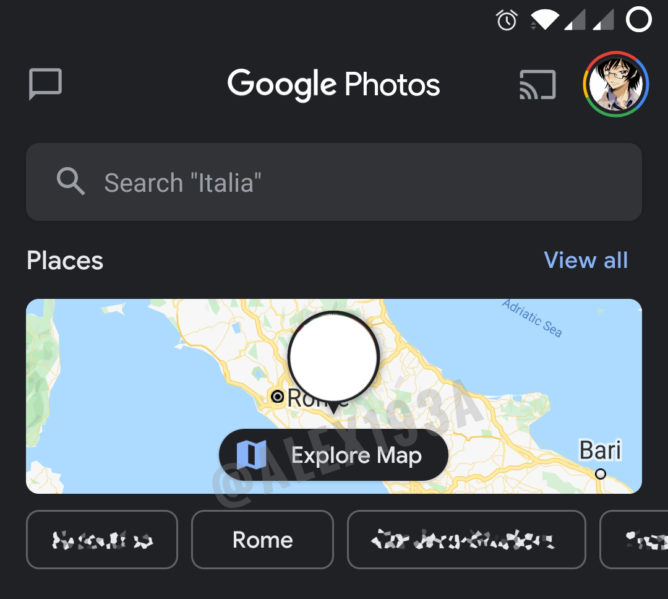 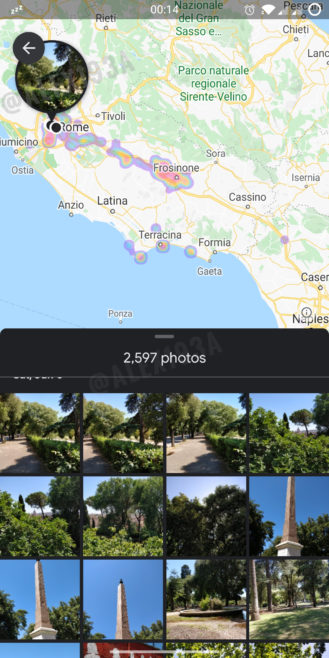 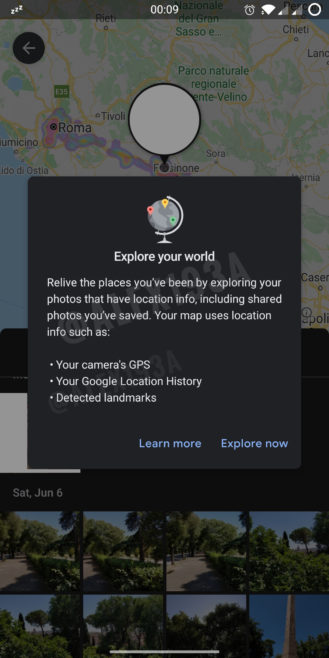 This feature has appeared organically for a small number of users, but the current stable APK can also be coaxed to turn on the map. That suggests Google is planning a wider rollout in the future. Although, it can take time for Google to fully deploy new features in Photos.