Before phones started recording 4K footage, most people balked at the idea their videos could grow to 4GB and larger. Things have changed, of course, and it takes less than 15 minutes at 4K30p to hit that mark. You might be thinking this shouldn't matter thanks to 64-bit filesystems that can handle file sizes up to 16TB. However, an old API from the days of 32-bit Android still capped sizes at 4GB, which forced video recordings to be split into separate files at regular intervals. A fix for this was promised a while back and Android 11 Beta 1 finally delivers on this, but it's not going to matter if you're not using the right camera apps — and the Google Camera isn't one of them (yet).

A complaint was first raised back in 2015, highlighting the need for MediaRecorder to enable recording videos longer than 4GB. Multiple reports had been made since then, but a resolution presumably came back in December when a commit to AOSP made the necessary adjustments to expand the limit. Contrary to expectations, Android 11 developer previews began rolling out and the cap was still in effect. Just a few weeks ago, a thread in the issue tracker showed this was still the case, but Google developers ultimately confirmed the new code would be baked into Beta 1. 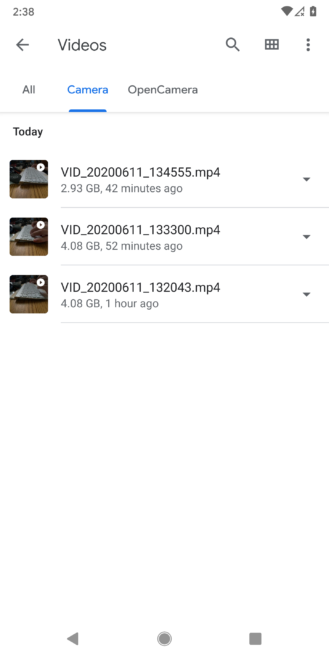 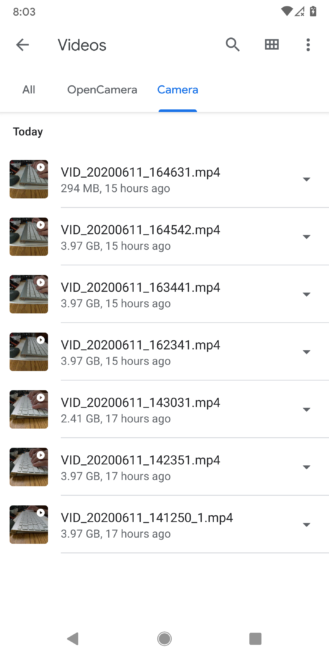 After updating to Beta 1, I tested the Google Camera app and found it still produced split video files at 4GB. The same test with a few other video recorders produced the same behavior, including Filmic Pro. However, I found that Open Camera by Mark Harman, a well-known (and free) app could write single video files larger than 4GB. There are likely more apps that work like Open Camera, but I haven't come across them yet. 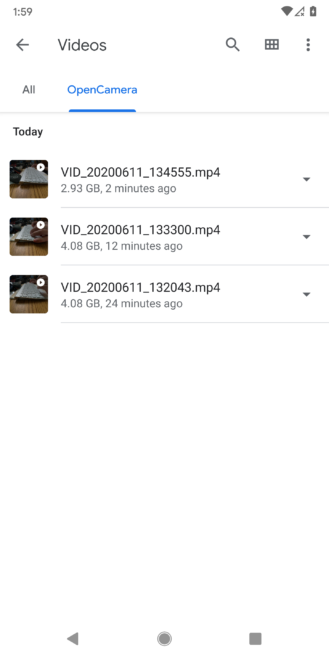 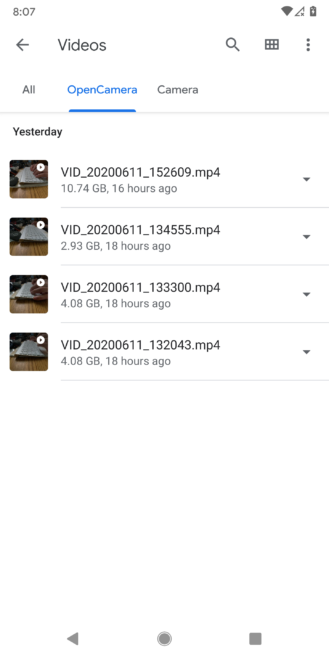 In all likelihood, Open Camera is probably using the mpeg4writer API named in the original commit. Meanwhile, apps like Google Camera and Filmic Pro are plausibly using different APIs that still have the old size cap, or they're rolling custom implementations for encoding and writing files, which makes sense given that they're also doing custom processing with video.

Regardless of the reason, Android appears to no longer be the bottleneck that keeps video files at 4GB, so the responsibility to fix this behavior now falls on app developers. Since Beta 1 is only a few days old, it will probably take some time for developers to release updates addressing this issue.