Based on what we know about the Pixel 4a, it will feature a 5.8-inch screen, a single 12MP rear camera, 3080mAh battery, 64GB of storage, a Snapdragon 730, gigabit LTE (no word on eSIM / dual SIM), a rear-mounted capacitive fingerprint scanner, a headphone jack, probably 15 or 18W wired charging, but no sign of support for wireless charging or any water resistance rating.

On paper, I am sorry to say it, but Apple's won the day here on raw hardware, even given the few remaining unknowns about the 4a. I think it's unlikely Google will bring wireless charging to its budget phone (though not impossible), and I think it's really unlikely that it'll get an IP rating for submersion like the new SE has. I could be wrong, of course, but given what we saw with the Pixel 3a, it seems terribly hard to imagine Google will be cutting into its margins deeper with its new budget phone by adding costly new features. Everything we know about the 4a suggests that it will be a modest update to a modest phone, and that just doesn't feel like enough to go up against Apple's new budget iPhone.

The Pixel 4a will be a modest update to a modest phone, and that just doesn't feel like enough to go up against Apple's new budget iPhone.

The 2nd gen iPhone SE packs a radically more powerful processor (the same one you'll find in an iPhone 11 Pro, which trounces even Qualcomm's newest Snapdragon 865), will receive even longer OS support, and basically will go toe-to-toe with the 4a in every other meaningful respect, minus a missing headphone jack that is increasingly irrelevant. It is a phone you will be able to go into a real store to get fixed if it breaks, and it is a phone for which your case options will be effectively limitless. It will have all the big boy phone features—4K60 video, portrait mode, super-fast LTE, a proper processor, wireless charging, water resistance—and it will cost just $400. The one, true compromise the SE brings is that it looks like a iPhone from three years ago, because it is an iPhone from three years ago (the new SE is effectively an iPhone 8 rebadge, physically). That means it is also truly, in today's world, an almost comically tiny phone. A 4.7" 16:9 display is positively petite in 2020, and if you haven't recently looked at just how small an iPhone 8's screen is, let me assist you. This is an iPhone 8 sandwiched between a Galaxy S20 and S20+. 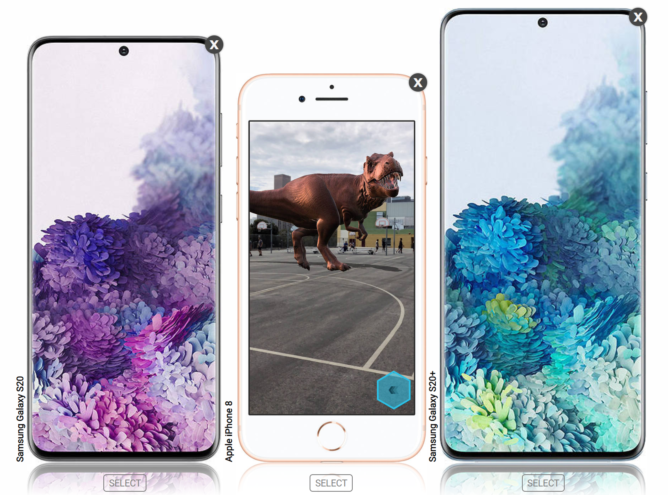 This leaves the Pixel 4a's meaningful upshots as follows: it runs Android, it has a bigger screen, there's a headphone jack, and the camera could be better for still images (but is almost certainly worse at video). Android alone is enough for anyone who doesn't want to jump ship to Apple's platform, and I get that, but if Google is hoping to peel away customers from Apple, I now think the 4a will simply fail to wow them.

If Google is hoping to peel away customers from Apple, I now think the 4a will simply fail to wow them.

Android's advantages are often subtle, the sorts of things you learn to appreciate over the course of months and even years, not the kind of items you can bullet point and suddenly declare smartphone "checkmate." Yes, Google Assistant is worlds better than Siri. Yes, Android has a vastly superior notification paradigm. Yes, Android allows much deeper customization and personalization than iOS. And yes, you can pick your own damn default apps (though this may finally change in iOS-land soon). These are all important things, and the kind of things that make Android the platform I choose to use, and will continue to use, for the foreseeable future.

But fundamentally, the Pixel 4a and 2nd gen iPhone SE are the same tools that perform the same basic tasks. And frequently, I'm asked which tool someone should buy, and whether it's finally time to leave Apple's walled garden and explore what Samsung, Google, or OnePlus have to offer. With the Pixel 3a, I felt Google had a pretty compelling argument for someone asking this question on a budget: this was a clear gap in Apple's larger smartphone lineup, an area Android felt better equipped to serve. But with the new 2nd gen iPhone SE, that gap has been filled. And it's going to come at Google's expense.