After several delays, the Android 11 Beta is officially landing today, together with a formal announcement of Android 11's key features and "themes." While you're probably already familiar with many of the new release's features, Google has a few new ones to reveal with this release, with a new set of logical groupings for each.

Up until now, Google had kept quiet about big feature changes in prior Android 11 preview releases — when changelogs in previous announcements mentioned something, it was with a developer-targeted focus on how it impacted app making, not customers. But today, with the Android 11 Beta 1 release, Google is finally explaining what all the changes we've been covering are supposed to mean for most of our readers.

There are three broad categories that the changes in Android 11 impact, as Google sees it: People, Controls, and Privacy. Among the "people"-centric changes are the conversation-focused notification tweaks and bubbles most of our readers should already be familiar with, but changes to keyboard suggestions and screen content context for voice-enabled accessibility are also present. When it comes to controls, Google highlights the new power menu smart home controls — long spotted in teardowns, but more recently working thanks to a Google Home app update — together with those weird media controls in Quick Settings. 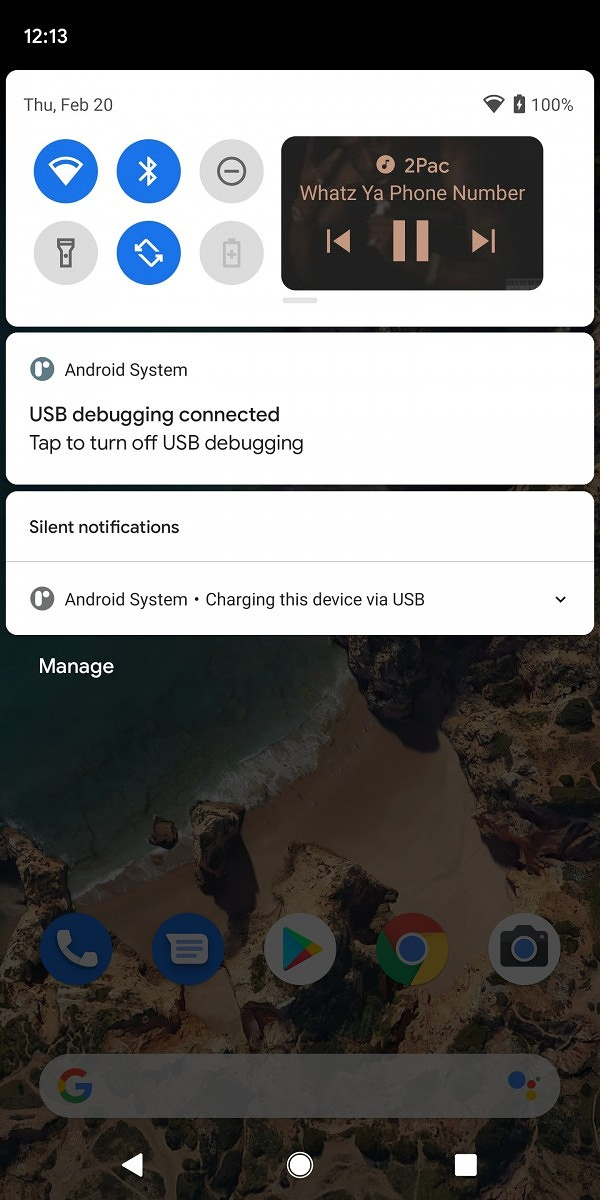 Behold: A two-image summary of the future (in Android 11).

But by far, the most impactful (and probably the most important) category of changes in Android 11 has to do with user privacy. Android 11 brings iOS-style one-time app permissions for more granular control, more restrictions for how apps can access your location in the background, and a new feature that automatically revokes unused permissions if you don't use an app for long enough. Google also lumps its twelve new Project Mainline modules in with "privacy" changes, and I guess we'll take it — by improving user security with more modular updates for even more system components, I guess technically it will enhance privacy for folks left behind by system updates.

For more details regarding just what Android 11 has in store for you, feel free to peruse our feature-level coverage.

This new Beta 1 release is part of the modified Android 11 release timeline, which was adjusted with the surprise Developer Preview 4 release back in May. Barring any further delays, Beta 2 will be landing in July, with a third and final beta landing sometime in the third quarter before the final stable release.

Last year at the release of Beta 3, Google also published a list of phones we could expect to get Android 10 beta releases, but this time around the company hasn't released a similar list for Android 11. (Note that last year's Beta 3 roughly corresponds to today's release with the change in naming scheme and delay.)

Pixel 2, 3, 3a, and 4 owners willing to take their chances when it comes to stability can easily enroll here to get this first Android 11 beta release directly over-the-air without any mucking about in ADB or fastboot required. (I assume those already on the Developer Preview releases should also see an OTA land with the update soon.) You can also manually download images for sideloading, if you're impatient.

We should also note: Google's big Android 11 Beta Launch Event won't be happening. Instead, the company has opted for this slightly quieter release, which will also include video highlights, site changes, and web-based announcements that you can consume at your own pace, rather than distracting us from current events.