According to a report from SamMobile, Samsung's upcoming Galaxy Watch 3 and bean-shaped Galaxy Buds Live earbuds will be announced sometime in July ahead of a formal launch event in August. Both devices have already leaked — though in the case of the Galaxy Buds Live, not by name. 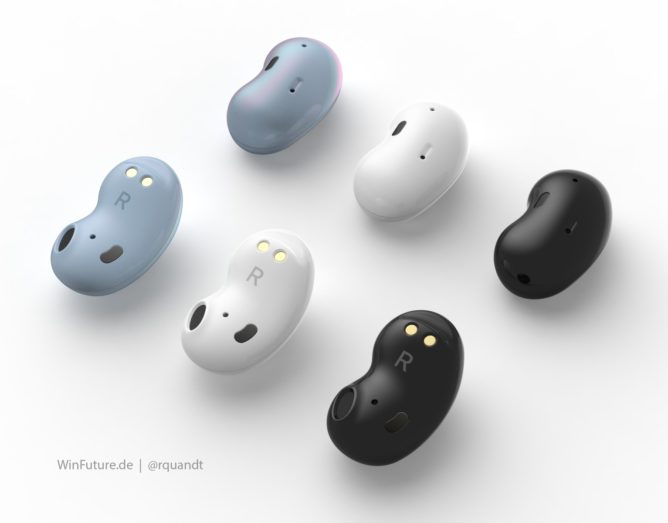 I was rooting for "EarBeanz," but it looks like these will be called the Galaxy Buds Live.

We don't know precisely when they'll be announced, but SamMobile is convinced that an announcement will precede a formal event in August "sometime next month." Retail availability is also allegedly set for around the same time as that rumored August 5th Unpacked event, at which we might also hear about other future products like the upcoming Galaxy Note and future foldables.

For an idea of what to expect, you can review our coverage of previous leaks for both the Galaxy Watch 3 and Galaxy Buds Live — we know more about the latter than the former, but I expect the pace of leaks to pick up over the next month or so if a July announcement is coming.