The original Google Home was a wildly successful product. Google sold millions of its debut smart speaker, and when it came on the scene in late 2016 to challenge Amazon's Echo, while it lost the market share battle, Google showed the world a smart speaker didn't have to feel quite so dumb. It is plainly obvious Google should build a successor to this now-discontinued product.

The Home was the Volkswagen Golf to the Home Mini's Polo.

Subsequent launches of the Home Mini (replaced by the Nest Mini) and Home Max filled out Google's smart speaker range, and the Nest Hub and Nest Hub Max later offered a more visual stationary Assistant experience. But the original Google Home, with its focus on excellent audio and iconic fits-in-anywhere air freshener design, was always the nexus of the product range (no pun intended). It balanced a compact package with powerful audio, and was discounted so frequently that, by the end of its run, it became legitimately silly not to own one. The Home was the Volkswagen Golf to the Home Mini's Polo. Certainly, you can argue that both are largely capable of fulfilling the same sets of tasks: a subcompact hatchback performs the same basic function as a standard hatchback, because they are both cars. But, given the choice, many people prefer a car with a bit more room, a few more features, a bit more comfort, and a bit more power. Explaining this elementary concept of product stratification as a response to consumer demand feels a bit hamfisted, but this is something I feel compelled to point out in response to an article that presupposes this basically doesn't matter.

Certainly, brands like JBL, Sonos, and Harman now all make Google Assistant smart speakers. Some of them even vaguely compete with the original Google Home, but most have targeted more aspirational price points and larger form factors. But there remains only one proper analog to the original Home that is widely available on the market today, and it's Amazon's latest Echo. Once again, it feels almost silly to have to point out, but: This product also happens to be from Google's only serious competitor, and one which is currently eating Google's lunch. The proposed counterattack for Google, the aforementioned post implies, is to stop competing with the Echo. I don't have a PhD in economics, but this seems ill-advised. 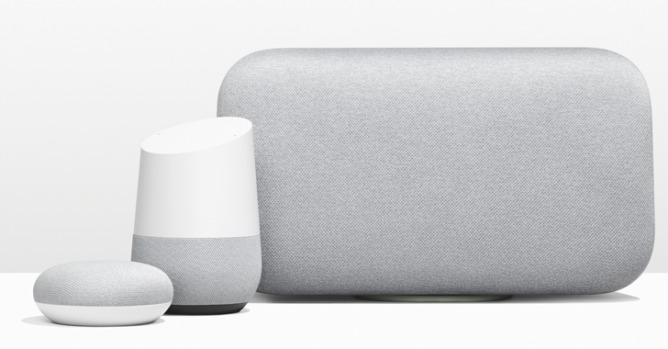 Google may not be the leader in the smart speaker market, but it is far and away the leader in the digital assistant space. The Google Assistant, for all its faults and foibles, is easily the most advanced solution available, and continues to forge ahead of its competitors in both natural language recognition and diversity of features (even if I admit the former has seemingly encountered headwinds). Integrated with Google's unsurpassed search algorithm and content portals like Google News and YouTube, Google remains inarguably closer to fulfilling the promises that were made to us about digital assistants when compared with any of its competitors.

This is not a failed product.

To suggest Google should reduce the diversity of its products in the key digital assistant product category is legitimately mind boggling. Why? What does Google gain? What does anyone but Amazon gain? The only possible reason to do this would be data clearly showing that the original Google Home sold so poorly that the investment in developing a successor would be almost mathematically impossible to justify. I see absolutely zero credible evidence indicating this, either: estimates had Google shipping 3.5 million Home smart speakers (the entire product family) in Q3 2019 alone. Most were probably Minis, but even so, I sincerely doubt the standard Home failed to break a couple million units in sales in 2019, three years after it originally launched. This is not a failed product.

In short, there is every reason for Google to launch a successor to the original Google Home. Market demand, much needed competition, and strong synergy with various other Google products. To fail to do so would be a serious and bizarre misstep for a product line that marks a rare Google hardware success story.