These new media control tweaks were first spotted all the way back with the very first Android 11 developer preview in February. At the time, the changes were hidden and had to be manually enabled, but a new version of those same controls has finally landed as part of a hidden developer flag in Android 11 Beta 1.

To enable the feature, you'll need to be running Android 11 Beta 1, and toggle the "Media resumption" flag in Settings -> System -> Developer options. (If you're unfamiliar, that last section is only accessible if you've enabled it by tapping build number in Settings -> About phone a bunch of times.) Once enabled, you'll also have to reboot for it to work correctly.

There are two ways that the new media controls appear: A new smaller set of controls in the abbreviated Quick Settings shortcuts in your normal notification shade, and an expanded set of controls more like what you're used to seeing in the expanded Quick Settings. The smaller version only offers 2-3 controls depending on the type of media being played. As you may expect, these controls work with both audio and video, as well as in-network Chromecast media controls.

As before with notification-based controls, you get an icon that shows the service performing playback. Tapping any part of the controls that isn't clearly a button takes you to that media's associated app. All other controls work as you expect. If you have multiple controls for more than one app (like music and a Chromecast stream, for example) you can also swipe between them in the expanded view, but it doesn't always seem to work. 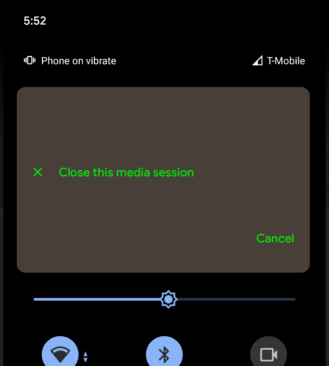 Long press the media controls after stopping playback to close them — though randomly this doesn't work.

If you want to get rid of the controls there are a few ways to do that, but they're inconsistent. You'll need to either stop playback and kill the app that started them; swipe left on the notification (which doesn't always work); or stop playback, long-press the expanded controls, and select "Close this media session," which is a little awkward — why not just an X in the corner?

Also note, when you don't have media playing, the controls disappear and the layout returns to the way it usually looks, though that could change in the future.

Come on, Google, you can do something cooler than this.

The only thing I find disappointing is the lack of a fun transition between the two different sizes. Of course, Google still has months to work out the kinks, but maybe having the smaller version expand directly into the bigger version would be a bit more interesting.

Quick access to switch between audio devices and adjust volume — Google calls it an "output picker."

However, there's one other big new feature — or, rather, a tweak to an old one. Notice that extra control on the right side of the expanded notification? (Above it's the button labeled "Phone s...") tap that, and you get taken to a convenient set of volume controls for connected audio devices. Google calls it an "output picker," and it's a redesigned version of the old switch output/play media to menu built into the volume panel in Android 10.  This newly updated version includes better iconography, volume sliders, and the ability to witch between all of your output devices with just a single tap. Selecting a disconnected device will even trigger an attempt to search and pair with it.

As someone that regularly has to struggle with pairing and moving earphones between devices, it's pretty snazzy to have this menu so easily accessible. Bluetooth audio is nowhere near as easy or as simple as using a headphone jack was, but this should make a dent. 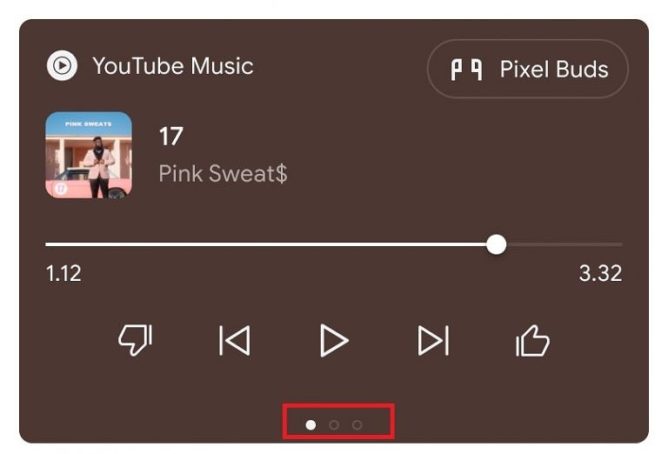 According to XDA Developers, these new media controls can also be persistent across playback sessions and even device reboots, based on some under-the-hood changes to how they work, though they don't seem to be right now. Although you can (inconsistently) swipe between media sources now, it looks like we'll get an indicator for that ability soon as well.

As noted earlier, this feature is currently locked behind a Developer Options toggle, so it's possible (if not likely) that Google will further tweak how it works before it lands in a stable release.

The new "output picker" is actually a redesigned version of the "switch output" menu introduced with Android 10. It's not entirely new, just different. We've tweaked our coverage.

Of course Google should make a successor to the Google Home