The two sides of the Kishi are held together with a clever clip mechanism; release it, and the controller expands so a phone can be slotted in the middle. The right half has a USB-C connector to communicate with your phone and the left transmits inputs through the spring-loaded ribbon that holds the ends together — no Bluetooth here. If the concept sounds familiar, it's because Razer partnered with Gamevice, a company that's been producing controllers in this vein for years, to make the Kishi. It's also pretty similar to Razer's Junglecat controller, but unlike that gamepad, the Kishi doesn't require a specialized case to use. There's something eminently satisfying about expanding and contracting the Kishi — the way it folds and clicks and snaps scratches the same itch as playing with a Transformers toy. Because of the tension between the two halves of the controller and the rubber lips on each end, it feels very secure when attached to a phone. Nothing wobbles, and it doesn't seem like it might all fall apart when you hold it by one side.

The right half of the controller has a USB-C port for pass-through charging, but it doesn't support data — meaning it can't be used for USB headphones. There are slots to vent sound from downward-firing speakers, but aside from those, your only option for audio while using the Kishi is Bluetooth headphones.

You've got all the inputs you're used to in contemporary controllers: two clickable thumbsticks, four shoulder buttons, ABXY face buttons, a directional pad, start and select buttons, and a home button. It all feels pretty nice — although the d-pad is a little on the mushy side and the triggers don't click when fully depressed. 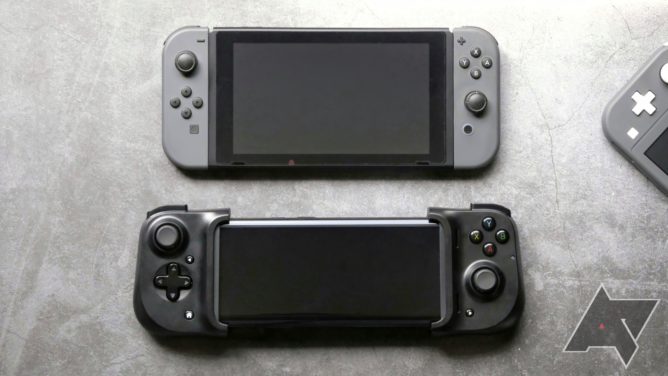 Button functionality will vary depending on the game you're playing; everything works in titles like Fortnite and Castlevania: Symphony of the Night, for example, but Gris doesn't recognize the Kishi at all despite playing nice with some other gamepads. Razer's got a dedicated app to help you find games you can play.

The Kishi is also fully compatible with cloud gaming platforms like Stadia and GeForce Now — and it's become my favorite way to play them on mobile. The Kishi was made to work with as many Android phones as possible, and to Razer's credit, it does fit darn near every one released in the past few years — any device with dimensions between 145.3 x 68.2 x 7 mm and 163.7 x 78.1 x 8.8 mm will slot right in. Phones I tested included the non-XL Pixel 3a and the OnePlus 7 Pro, and the Kishi worked equally well with both.

But in designing the controller, Razer evidently didn't account for the fact that top-shelf phones are continuing to grow in size. Super-premium, über-large devices like the Samsung Galaxy S20 Ultra and OnePlus 8 Pro are just a hair too tall to fit. Folding phones are also a no-go, as are both generations of Asus's ROG Phone (due to their off-center USB ports). 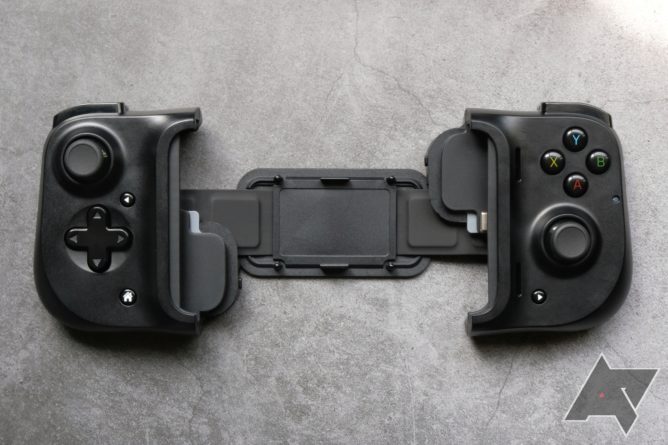 An open Kishi with no phone inserted.

Another compatibility issue: cases. Unless you use a crazy-thin case like the the ones MNML makes, you'll have to strip your phone before sticking it in the Kishi. That's not a big deal for me — I don't generally use cases. But I know I'm in the minority, and it'd be reasonable not to want to remove your case every time you play a game.

Maybe, but there are a lot of ifs here: if you're serious about mobile gaming, and if you have a phone that'll fit in it, and if you don't use a case, and if you can afford it, the Razer Kishi is a great controller. The engineering behind it is very clever, and it generally feels very good to play on.

It's 80 bucks, though, and that's tough to swallow, even if you are in the target demographic. There are none of the things that generally make controllers expensive: no wireless radios, no batteries, no vibration motor or fancy sensors. It's just a USB controller, and it'll only work with your phone. If that sounds like what you're after, though, go for it. You'll probably love it.

Your phone will fit and you don't mind paying a premium for a sleek mobile gamepad.

You have a particularly giant phone or you'd hate removing your case to play. 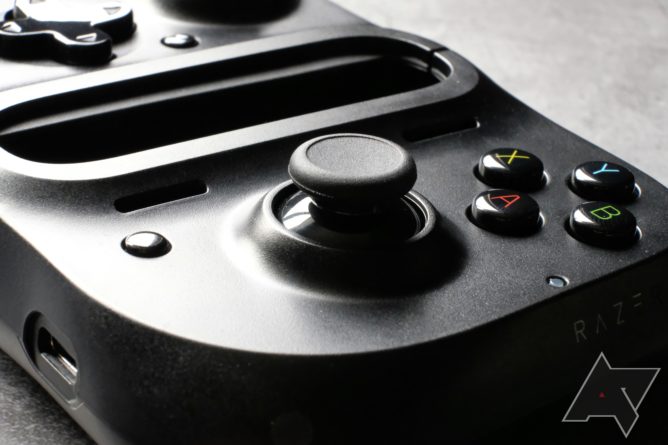