Back in May, Google introduced some minor interface changes to its productivity apps, which made it clearer to identify whether a document was saved to the cloud or locally. The company was seemingly unhappy with the changes, as it just tweaked the UX a bit more, making it even simpler to see where your changes are being saved.

The new interface reads the file save status and whether the user is working online or offline in Google Docs, Sheets, Slides, and Drawings. It's now a tad easier to understand where the file is saved, whether you're working offline, and if the file is available to edit offline. 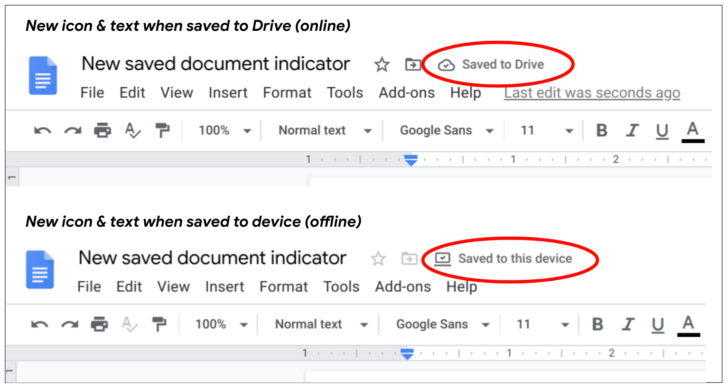 As shown below, there's now a new icon next to the file title, as well as a clear indication of where the file is saved. Similarly, Google has also updated the way to enable offline editing, which is now accessed through the document status icon, as shown below.

The changes have started rolling out yesterday and should be available gradually for all users by the end of the month.