Google's been rolling out a few changes in response to current events. Following the official renaming of a two-block stretch of 16th street in Washington DC in front of the White House to "Black Lives Matter Plaza," Google has also updated that street section's name on Google Maps. The company has further added some new Assistant responses when customers ask it questions like "do Black lives matter?"

In case you're out of the loop (and news is happening so fast now, that's understandable), on June 5th, a two-block section of 16th street in front of the White House was painted with a large mural reading "Black Lives Matter" in 35-foot wide/tall letters. Later the same day, the section of the street that includes the mural was officially renamed "Black Lives Matter Plaza," with a street sign to that effect installed:

The section of 16th street in front of the White House is now officially “Black Lives Matter Plaza”. pic.twitter.com/bbJgAYE35b

Reflecting that change, Google has since updated the name of the street on Google Maps to "Black Lives Matter Plaza NW," as you can see below: 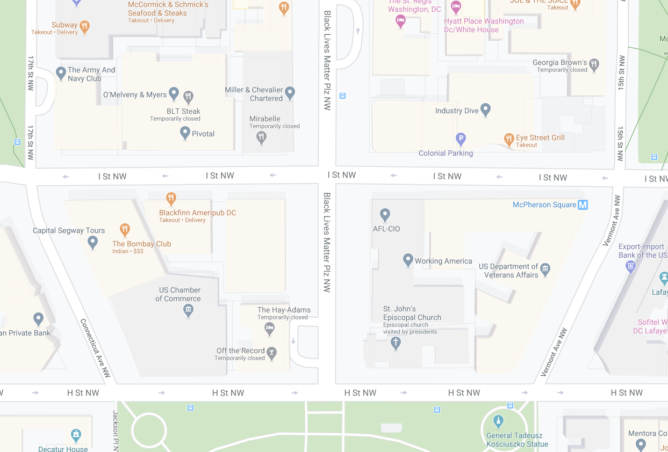 A screenshot of the area on Google Maps. 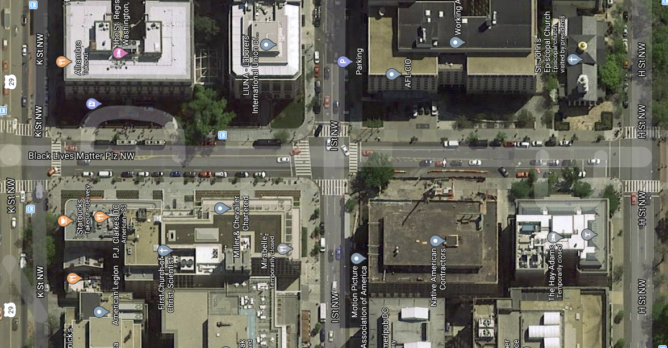 Above: Google Maps satellite view. Below: Apple Maps. Both rotated with North ~90° to the left compared to the image further above. (Thanks: Jane Wong)

Beyond simply changing a label in Maps, Google has also rolled out some new responses on the Assistant to specific questions that better explain the principles behind the Black Lives Matter movement. When asked, "do Black lives matter?" the Assistant explains:

"Black lives matter. Black people deserve the same freedoms afforded to everyone in this country, and recognizing the injustice they face is the first step towards fixing it."

If you ask, "do all lives matter?" (A question that references one of the misdirection tactics used against the movement), it will further explain:

"Saying "Black Lives Matter" doesn’t mean that all lives don’t. It means Black lives are at risk in ways that others are not."

These changes to the Assistant's answers may not be present in all markets, or may be in the process of rolling out, as we can confirm some of our staff in the UK and readers in other markets aren't getting the same response.

Both of these tweaks in Google Maps and the Assistant are in response to current events and changes happening as a result of the ongoing protests regarding George Floyd's death, which previously resulted in the cancellation of the Android 11 Beta Launch Show. As events continue, we may yet see other changes for Google's services to accommodate.

Sync for Reddit gets full material theme makeover in beta