Recording internal audio on an Android smartphone used to be surprisingly difficult without rooting or buying a phone from a specific manufacturer. But with Android 10, Google introduced a way for apps to capture audio via a broad audio input sharing API. While this was largely introduced as an accessibility-minded feature, like Live Caption, developers quickly caught on to its utility for adding internal audio recording to screen capture apps.

If you don't have Android 10 on your phone just yet and don't have a device made by Samsung, OnePlus, Huawei, or Xiaomi, you'll be out of luck if you don't want to root your handset. Android 7 through 9 forbid screen recorders from accessing internal audio, so you'll be stuck with silent screencasts or you'll have to go for more hacky solutions, such as an external HDMI screen recorder. You can also create an Android Emulator on your desktop and record its screen with sound, but that requires some time to set up and is rather cumbersome.

You also need to keep in mind that apps can deactivate support for the audio API. Some won't share sound, like phone apps in some countries or states that forbid call recordings.

You'll have to go through a similar workflow to set up all of the apps presented here. Most of them come with floating control buttons, so you need to allow them to draw on top of other apps. Other necessary permissions include the microphone (if you want to record external audio) and files and media (to save the recorded files).

Screen Recorder is my go-to solution. The app has a minimal interface that doesn't look outdated and doesn't get in the way. In contrast to the others presented here, Screen Recorder doesn't use a floating control button by default, which is my preferred setup (you can enable that button if you like it, though). 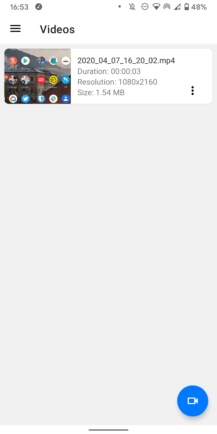 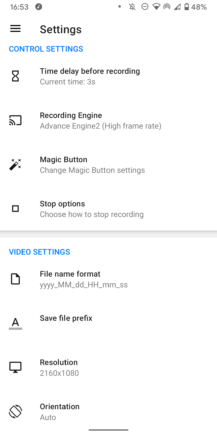 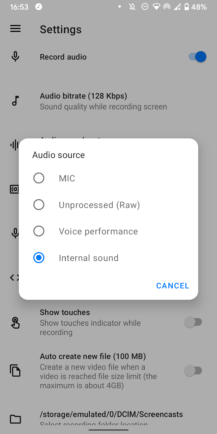 Go to settings in the hamburger menu, scroll down, and choose internal sound as the audio source.

Once you've given all the necessary permissions and selected an output folder, you need to head to the app settings in the hamburger menu and activate "internal sound" as the audio source — scroll down a bit until you see it. While you're in settings, you'll also notice that you have a lot of options to play with. Along with the usual stuff like resolution, frame rate, and a delay before recordings start, Screen Recorder lets you change the file name format, the bitrate, the video encoder, the audio bitrate, audio sample rate, the audio encoder, and more — quite a few options to choose from.

If you want to record screencasts quickly, you can add Screen Recorder to your quick setting tiles. Just swipe down from the top of your screen twice, tap the edit button (a pencil or similar, depending on your device), and look for a "Screen Recorder" option that you can drag and drop to your selection of tiles. You can then just tap it to start a screencast.

ADV was among the first screen recorders to support the new Android 10 API. When you start the app, you have to accept its privacy policy (mostly concerned with the collection of non-personally identifiable statistics) and give it the storage permission. Once you've set it up, you can head into settings by tapping the three-dot overflow menu in the top right corner. Scroll down to the audio settings and choose to record "internal audio (Android 10+)." 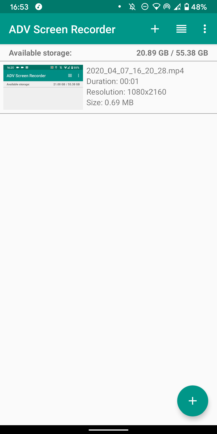 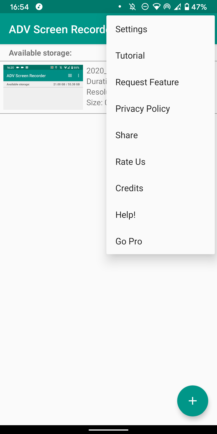 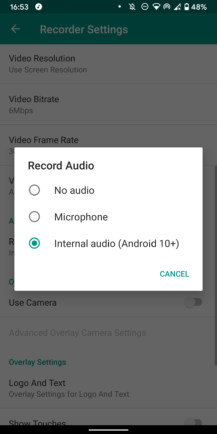 In contrast to Screen Recorder, ADV comes with a floating button by default that allows you to stop and start recordings without entering your notification shade. It can be deactivated if you don't want to have it in your screencasts. ADV only lets you change the resolution, the bitrate, and the frame rate, but offers a basic video editor instead that lets you trim your footage without the need for additional software.

Unlike the other two, AZ Screen Recorder comes with ads, but you can fully disable them for a small fee. To record internal audio, you need to go to the leftmost settings tab and select it as the audio source. Other than the regular options like changing the resolution, bitrate, and frame rate, the app gives you access to a good selection of editing features: You can trim or crop a video, cut out the middle, convert it to GIF, extract frames, add backgrounds, audio, text, and stickers, and you can even merge it with another recording. 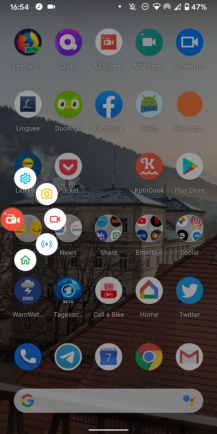 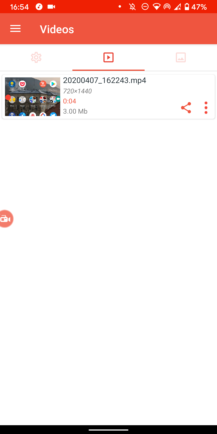 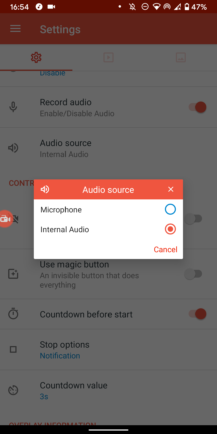 If you want to get rid of the floating button, you can go for the "magic button" instead — it's an invisible element that you can use to pause and stop recordings. It also allows you to draw on the screencast. AZ Screen Recorder is additionally capable of live streaming and Wi-Fi transfer, making it the most versatile of the bunch.

A few manufacturers have a screen recorder built-in, like Samsung, OnePlus, Xiaomi, and Huawei.

Samsung offers the feature as part of its custom One UI 2 interface. If you haven't touched your quick settings, accessible by swiping down twice form the top of your screen, you should find a tile labeled "Screen recorder" sitting on the second page. Long-press it to enter its settings and enable "Media sounds" to record your phone's audio. You can also activate both media and mic sound, which isn't possible via app-based Android 10 solutions. Samsung also lets you draw on the screen and include a video of your front camera if you're so inclined.

OnePlus added native screen recording to the OnePlus 7 Pro, and it's also available on older devices. The workflow is pretty similar to Samsung's solution. Look for the screen recorder entry in your quick setting tiles (you may need to add it by tapping the pencil icon at the bottom of the section) and hold it to head to its settings. There, you can choose internal audio as the source for your recording.

Xiaomi offers native screen recording on most of its devices thanks to a pre-installed app you can find in the launcher. Once you open it, tap the gear icon in the top right corner to enable audio recording.

Huawei and its subsidiary Honor also let you record your screen natively. Swipe down from the top of your screen to see the quick settings tiles and tap the screen recorder button. A floating bubble will appear with a record and microphone button. If the latter is crossed out, you're recording internal audio, and if it's not, you get sound straight from your phone's mic.

Choosing your preferred screen recorder comes down to preference — they're all pretty much comparable on a technical level, while some are more bare-bones than others. If you don't care about extra features like video editing, you can choose the one you find the most intuitive. When you own one of the devices with built-in screencast capability, you don't even need to download an extra app.