OnePlus is a genuinely innovative smartphone company, and we don't just mean hardware: its OxygenOS Android skin is our favorite of all the currently available flavors, and that's generally because OnePlus adds genuinely useful things plain old Android doesn't have. Stock Android is definitely great, too, but Google's hesitance to add too many fresh new features—even exclusive ones on its Pixel phones—can be a little frustrating, especially when it's something as basic as toggling what icons appear in the status bar. Some useful features from OnePlus phones, like theming and scrolling screenshots, have already made their way to stock, the latter being a part of Android 11.

Here are five OxygenOS features we think Google should draw on for some "inspiration" in the next iteration of Android.

It's a tiny feature, but for those of juggling time zones for work (including us bloggers deciphering dates for embargoes), it can be hugely useful, and I'd love to see it make its way into stock Android.

Although Pixels get their own special Pixel Launcher, the "stock" Android launcher is something else called Launcher3, and it's the base from which many third parties and smartphone manufacturers (including Google) use to build their own launchers. Unfortunately for us, it's pretty bare-bones, and we'd like to see more customization features make their way inside it, like those OnePlus gave its default launcher.

Unlike most launchers, OnePlus gives its customers enough different customization options that they can likely get by without replacing it if they don't want to. Although the "Shelf" is still basically useless, the OnePlus Launcher allows you to customize your home screen's grid icon size, apply icon packs, and even just replace individual icons you don't like. There's also a built-in way to hide apps that you want to be kept secure, augmented by the built-in App Locker that encrypts apps and their data — another thing Google should look into.

The OnePlus Launcher even has a "double tap to lock" feature that pairs well with OxygenOS' Double Tap to Wake gesture, all of which we'd love to see migrate through stock and into other phones. And on that last double-tap note...

One of OnePlus' most useful tools, going all the way back to the era of the original OnePlus One, is all the so-called "quick gestures" it supported — and we're not talking about any new-fangled navigation systems. These are a collection of customizable input methods that work even when the screen is off to provide you quick shortcuts to useful features, like drawing a quick "V" shape to turn on your phone's LED light at night, or swiping a circle to launch the camera.

But the gesture-based utility doesn't just end with a few system shortcuts. You can also tie the screen-off gestures (there are five that you can configure) to open whatever apps you want, plus extra dedicated controls for music.  You can even configure a scree-on three-finger swipe top trigger a screenshot — honestly a pretty useful feature for some folks.

The last feature (on this short list, anyway) that we'd like to see come to more phones via stock Android is OnePlus' upcoming Optimized Charging feature.

It's not an exclusive feature to OnePlus, ASUS and Apple already have similar versions of the same thing. In short, your phone learns when you usually unplug it — say, in the morning, or just before you leave work — and it times charging itself so that it doesn't sit at 100% the whole time. Instead, it will try to coordinate the last little bit of the phone's charging to ensure it spends as little time as possible fully charged. That's because sitting at a full charge is actually bad for batteries, reducing their capacity over time. The less time it spends fully topped-up, the better it is for your phone's battery longevity. 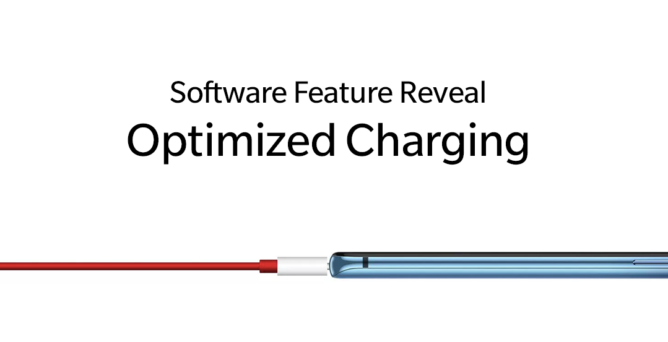 This feature is already live in OnePlus betas, though it's currently only live in production builds on the OnePlus 8 and 8 Pro. But if Google can make this adaptive charging optimization a basic part of Android, it could be the sort of thing everyone could benefit from, saving plenty of folks premature battery failure and phone replacements. The benefits, purely in an environmental and money-saving sense, are huge, and Google should seriously consider making it a part of Android itself.

As a last bonus, we'd love to see stock Android inherit OxygenOS' far superior volume controls, which simply expand out of the existing floating slider with additional channels, rather than taking over basically the entire screen. Sure, we might not get the text descriptions, but it's a whole lot more attractive, and it doesn't consume the whole display.

iPhone SE 2020 review, one month later: Not even iOS can ruin such a great phone