A new 43" TV has just joined Nokia's smart TV lineup in India. The new 43-inch model (108cm) has some slightly diminished specs in addition to that smaller size, and it's now listed as "coming soon" at Flipkart for just ₹31,999.

Some of the specs are similar to the last model, like the 4K UHD resolution and JBL sound via 24W speakers. But other details like a 300 nits maximum brightness and 1100:1 contrast are a bit below what the previous 55" model offered. The new model still claims to support Dolby Vision and Dolby Audio, though. 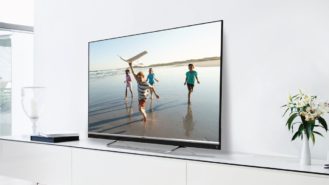 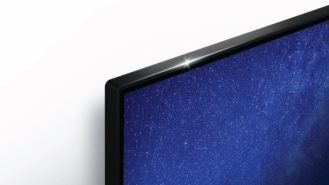 As before, it's got "smarts" via Android TV (9.0 Pie), with access to a whole Play Store filled with apps. 2.25GB of RAM and 16GB of storage accompany a 1GHz CA53 quad-core chipset. It supports Bluetooth 5.0 and 2.4GHz Wi-Fi for connectivity, with three total HDMI inputs (two rear, one side), two USB ports, and the expected audio inputs/outputs and RF jack for cable or antenna TV.

Sales haven't opened yet, but you can sign up to be notified when it's in stock over on Flipkart's product listing.