We're all waiting for official word from Google when it comes to the upcoming Pixel 4a, but not everyone seems to have received the memo that you can't actually get one yet. Verizon just casually mentioned the Pixel 4a in an update changelog for the Pixel 3 XL regarding the latest feature drop.

It's not a lot to go on, but in a section discussing the car crash detection feature — originally a Pixel 4 exclusive which recently expanded to the Pixel 3 as part of this most recent update — Verizon mentions that the feature "will be newly available to Pixel 3 and Pixel 4a users," (emphasis ours). 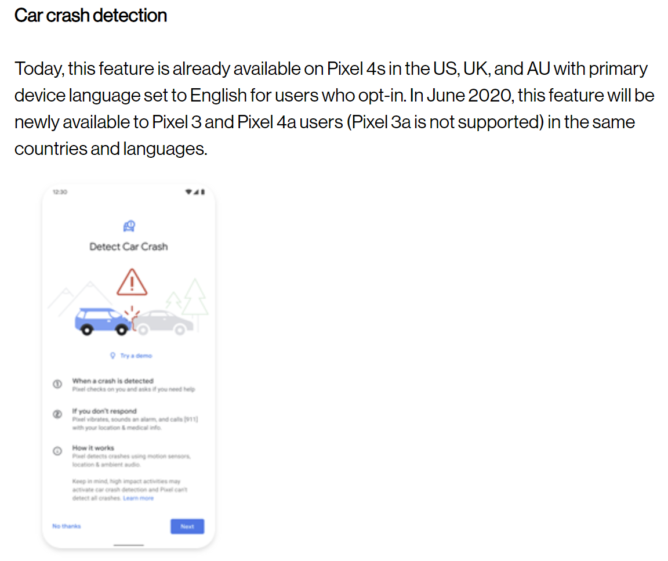 Of course, the Pixel 4a doesn't actually exist for consumers yet, and there's no telling how long it's been delayed. But at some point, it sounds like Google originally planned for the 4a to be released before this update dropped — likely with Google I/O, before that was moved online and subsequently canceled. While we might have heard more at the Beta Launch Show, that's been postponed, too.

We're all just waiting to hear more, but at least the phone hasn't been forgotten, even if Verizon forgot there's no such thing as a "Pixel 4a user" yet.