Google has an interesting history of giving away copious numbers of its Assistant-powered smart speakers. For example, you've probably received one or more Home Minis if you're a subscriber to YouTube Premium (and again), Google One, Spotify, or Google Fi, just to name a few. Now they're raising the stakes by offering a free Nest Hub to some Nest Aware subscribers. 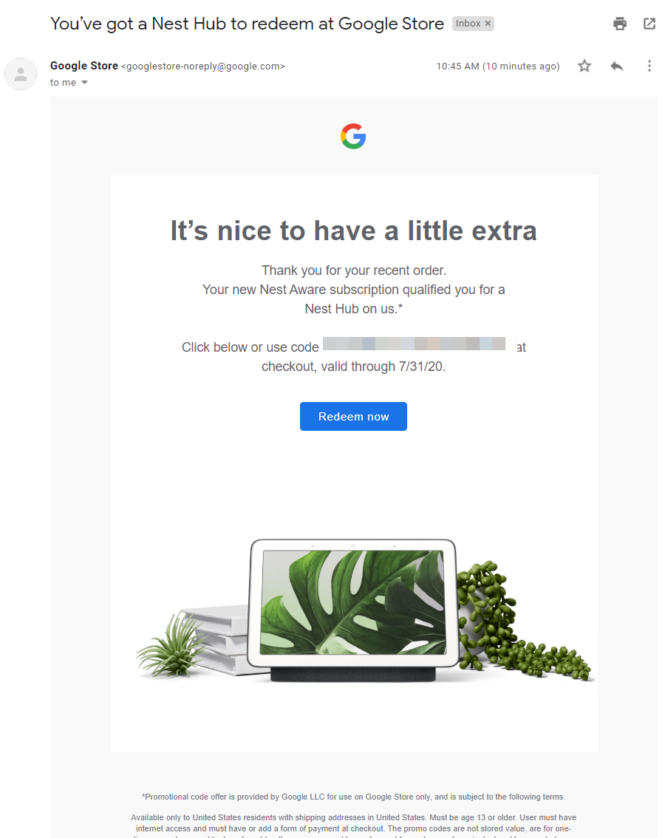 The terms of the offer state that it's valid through July 31st. As long as the offer email wasn't sent out by accident, it's likely the codes will probably begin working shortly, and there will be plenty of time to get an order in.

The redemption codes weren't accepted at the time when they were first distributed, but they're now functioning a few hours later. If you have received an email, now is the time to head over to the Google Store to get your order in. 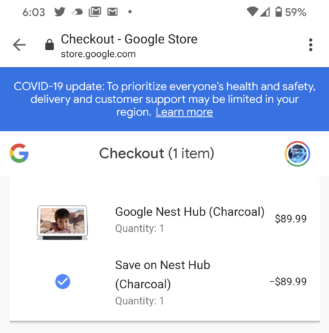 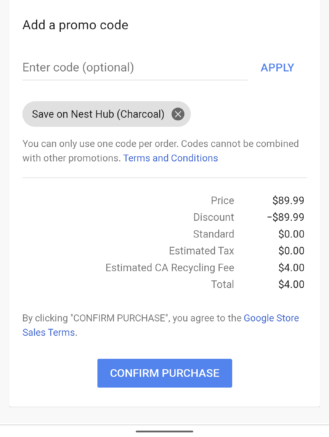 The email comes just one day after a free Nest Mini offer was sent out as an incentive to subscribe to Nest Aware, although it appears this was also made available to current subscribers. There's nothing to indicate that people can't take advantage of both offers, although there are also current subscribers that say they haven't received an email, so far. 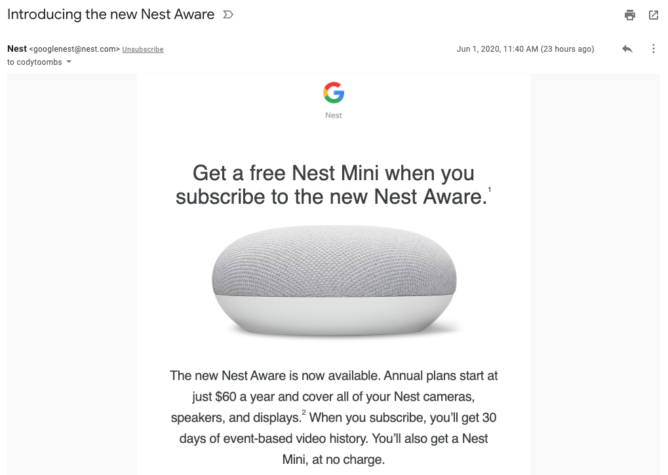 Google recently rolled out a new Nest Aware subscription model without the per camera pricing of the original plans, giving customers a simple $6 or $12 per month bill for any number of cameras. This change surely attracted quite a few customers that had stuck with the free option on Nest cams — they would still get activity notifications, snapshots, and view a live feed without a subscription. Nest Hubs are currently available for $89.99 (but often on sale for less), so getting one for free pretty much negates the cost of a yearly subscription.