Google's smartwatch operating system, then called Android Wear, debuted six years ago on the LG G Watch. Since then, the platform has had ups and downs, just like the full-blown Android OS it was based on. Some hardware manufacturers gave up on Wear OS, while others came in and embraced it.

Today, Wear OS is in an interesting place. It has received very few meaningful software improvements over the past year, while new watches have continued to be released quarter after quarter. That being said, with over a year since Wear OS's last real update (and it was a small one at best), I think it's finally time to ask the question: is it too late for Wear OS?

I've been a Wear OS user since the very beginning of the platform. I purchased a Samsung Gear Live shortly after it was released, which I absolutely loved (except the charger). It was light on functionality, but the notification mirroring and search integration was great, and sideloading random apps and games designed for regular Android was very amusing. It also came in handy during tests in my final year of high school, thanks to appfour's web browser app. 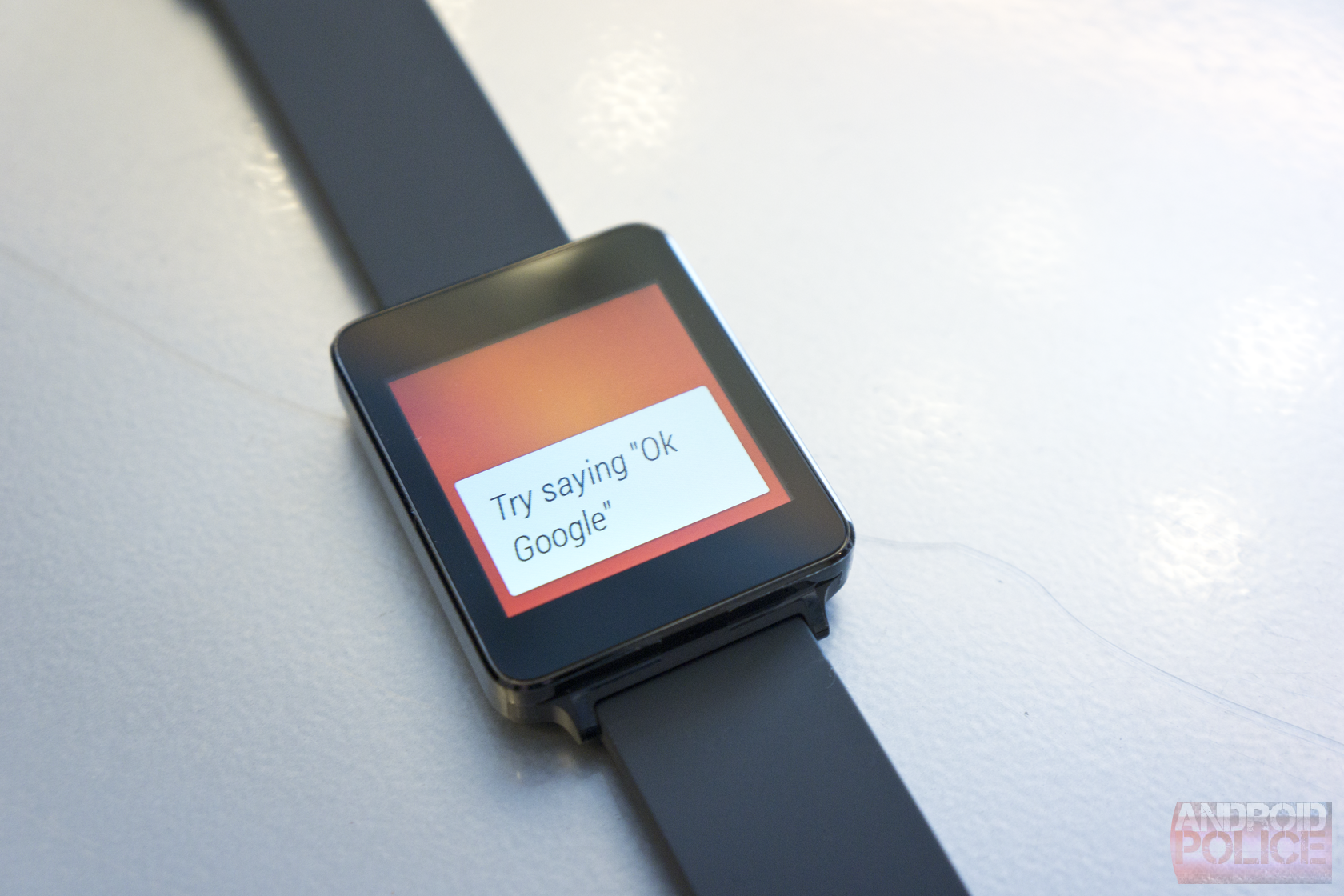 However, once it became clear that smartwatches weren't going to be the smash hit that smartphones were in the late 2000s, Google's initial hardware partners dropped out one by one. Samsung released the Gear S2 in 2015 without Wear OS, Sony never made a follow-up to 2014's SmartWatch 3, Motorola only made two watches before quitting in 2016 (the new Moto 360 isn't actually made by Motorola), and Huawei switched to its own home-built OS after the Huawei Watch 2. Huawei wouldn't really be able to use Wear OS anymore regardless, but I digress.

LG was the main exception, as the company continued to produce various Wear OS watches for years, and has arguably yet to give up on the platform. LG worked with Google in 2017 to release the Watch Style and Watch Sport, which were intended to be the new flagship Wear OS devices — except the Sport was comically enormous (and expensive), while the Style had terrible battery life and few notable features. The company's newest model is the Watch W7, which combined real analog hands with a digital screen. But that was 18 months ago, and we haven't heard a word from LG about Wear OS since. 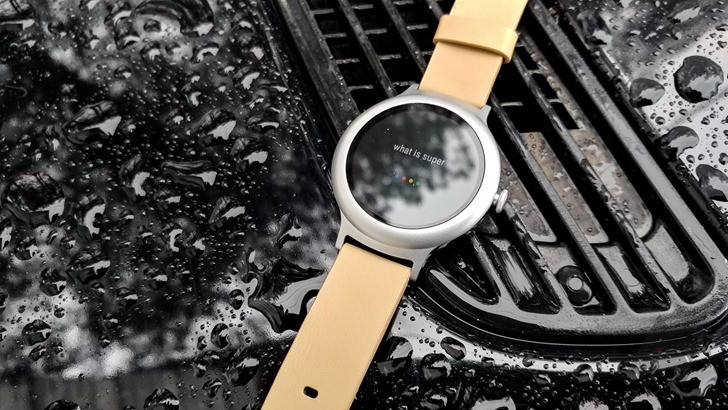 The history of Wear OS watches isn't all doom and gloom, though — Google eventually found a partner that could take its platform to the next level. Fossil released its first Wear OS smartwatch in 2015, the Q Founder, and the company has continued to reliably produce new models every year since. Fossil now sells far more Wear OS devices than any other manufacturer, and has even added much-needed features to the platform, like advanced battery controls.

A handful of other manufacturers have also tried to produce Wear OS watches, to varying degrees of success. Mobvoi's TicWatch line is fairly popular, though the company has yet to make any models with Qualcomm's newer Snapdragon Wear 3100 processor. Verizon's Wear24 watch lasted a whopping four months until it was discontinued, and more recently (as I mention above), eBuyNow licensed the brand of Motorola's old watches to produce a sequel.

One train of thought I frequently see online is that if a product or service hasn't received any major changes in a while, then it could be regarded as dead, even if the product is still being supported and maintained by the creator. This kind of thinking has been used frequently used over the years to describe Wear OS — even during periods where the platform received major updates.

I still wouldn't call Wear OS "dead," because there are still Wear smartwatches being released, and obviously all of the services that are required to keep it running are still functional. However, development on the platform has obviously stagnated, and core issues with Wear OS from a few years ago are still present with no fix in sight.

The last significant update to Wear OS was the introduction of Tiles, large widget-style pages that provide helpful information without opening a dedicated app. The feature started rolling out in May of last year. Before that, there were a string of minor system updates.

But it's not just the OS itself we have to consider — the app ecosystem on Wear OS has slowly deteriorated as well, if it could have ever been described as vital in the first place. There have been essentially no new Wear OS apps from major developers in a long, long time, and the existing collection of third-party applications are being abandoned or discontinued at a steady pace. Our last roundup of Wear OS apps was over a year ago, because there literally haven't been enough releases since then for us to release another collection. Even the vast majority of Google's own applications haven't received much attention over the past couple of years.

Google CEO Sundar Pichai talked about how the company failed to maintain its smartwatch ecosystem in a recent interview with The Verge. When asked why Google develops hardware (Pixel phones, smart speakers, etc.) instead of just software, Pichai said this:

Pretty much everything we’ve done well, you can go all the way back and Android’s early days, Samsung Galaxy Nexus, which we worked together, was a pivotal phone. Nexus 7 in the tablet world. I can point to Chromebooks — all along, we did our original hardware to kind of bootstrap it. And I look at areas maybe where we haven’t done opinionated [work] — maybe [smart]watch is a good example where we haven’t. And then you can see it’s tough to guide an ecosystem to what your vision of it is, just building the underlying platform.

In other words, the lack of any first-party smartwatches from Google is part of why Wear OS is in a poor place. The company nearly released its own line of watches in late 2016, according to a report from Business Insider last year, but Google's hardware VP Rick Osterloh was allegedly unhappy with both the physical design and the functionality. The watches were supposedly retooled into the previously-mentioned LG Watch Sport and Style, neither of which could be described as much of a success.

So, let's go back to the original question: is it too late for Wear OS? I don't think it is necessarily too late, but saving it would depend on Google fixing some of the platform's core issues, and perhaps more importantly, reassuring both consumers and its hardware partners that the company is dedicated to Wear OS.

First, Google needs to completely overhaul the fitness and health part of Wear OS. Google Fit pales in comparison to what you get on the Apple Watch and dedicated fitness trackers. Our own David Ruddock tried out the Apple Watch last year and compared it to the software experience on Wear OS watches:

Apple's fitness tracking "rings" are a thoughtful approach to monitoring your activity levels. Its ECG tech is legitimately innovative, and potentially lifesaving, stuff. Fall detection, mindful breathing exercises, and automatic workout detection (that actually works) confirm to me that Apple's interest in holistic wellness are more than fleeting: this is a company that wants to understand what it can do to make managing your health and lifestyle more informed, more fun, and like less of a chore.

Many people are highly interested in data about their health and activity levels, and I think Apple is at the forefront of the movement to visualize and interpret that data in ways that are more actionable and more relatable to those of us who aren't obsessive stat-keepers. Google's acquisition of Fitbit makes it clear that this isn't an easy problem to manage, and to date, Google's one fitness product, Fit, has been painfully slow to evolve, and is far from what I'd call a "smart" fitness platform. Really, it's one step below actually dumb.

Google was working on a new health and fitness assistant called 'Coach' in mid-2018, which would have monitored food nutrition, recommend workout routines, and all the usual tracking functionality. However, this feature never materialized, and there's been no sign of it since.

There are other core software problems in Wear that need to be addressed: frequent Bluetooth disconnects are a problem for many Wear OS users (either due to the watches or Android phones killing the sync service in the name of battery life), Google Assistant often replies with "Sorry, something went wrong," and most of Google's first-party apps haven't been updated in years. These aren't small problems, and that they've gone largely uncorrected is troubling. It's not just the fun joke we all make about Google and bugs: Wear OS is clearly starved of attention and resources right now.

It's also possible that Google could replace Wear OS entirely with something based on Fitbit's wearables, if the company's acquisition of Fitbit goes through. Google said in November 2019 that it was "hard at work on the next evolution of Wear OS," but as previously mentioned, there have been no significant changes to the platform since the last Google I/O, in May of 2019. Given the lack of updates since then, or even the hint of any, it does seem possible Google may consider just starting over on wearables. But again, we just don't know.

This year's digital replacement for Google I/O, the Android Beta Launch Show, was set for June 3rd, but has now been put on indefinite delay. If Google once again effectively ignores Wear OS during this keynote when it finally does happen, as it did at last year's I/O, I'm not sure there's hope left for Google's wearable platform.

13 new and notable Android apps from the last week including Krita, Action Blocks, and CatchUp ...