The coronavirus pandemic ruffled Chrome and Chrome OS releases quite a bit, so Google paused updates for a short time, even omitting version 82 altogether. But now the company is getting back on track and has announced the release of Chrome OS 83. It'll start rolling out to first people this week, and it brings a whole slew of neat improvements to the table. None of them are as big as the addition of gesture navigation we've seen in version 81, though.

You'll notice the first change right when you log in. If you're not sure you've typed in your password or PIN code correctly, you'll be able to take a peek at what you've entered via a new 'Show password' icon to the right of the form. You may have also noticed that the icon takes the place of the sign-in button, making it less intuitive to submit your password on a touchscreen. Google is looking into a solution that brings back the submit icon, though it might take a while until it's finished. 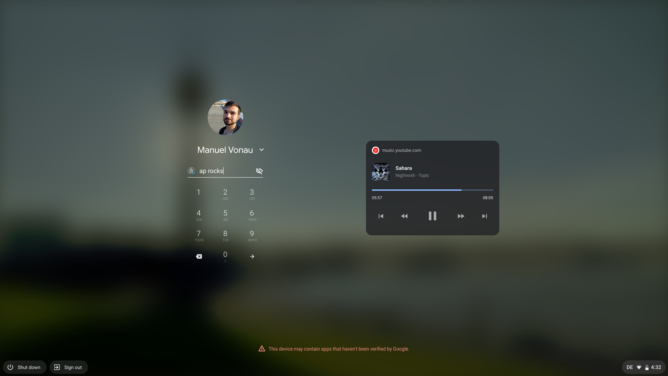 The update also makes it easier to manage virtual desktops — you'll be able to give them custom names. Instead of the generic "Desk 1," "Desk 2," and so on, you can use any label you like, such as "Work" and "Leisure" for example. Just tap or click the desk name in the task overview to do that.

Media playback is now controllable via Google Assistant. Like on your phone or smart speaker, you'll be able to tell it to pause, resume, skip, or stop currently playing audio or video content. All of the new Chrome browser features will also make their way to Chrome OS: Specifically, you'll be able to organize your browsing session with tab groups. Neither the new Assistant controls nor the tab groups were live for me after the update, but you can enable the latter via a flag: chrome://flags/#tab-groups. 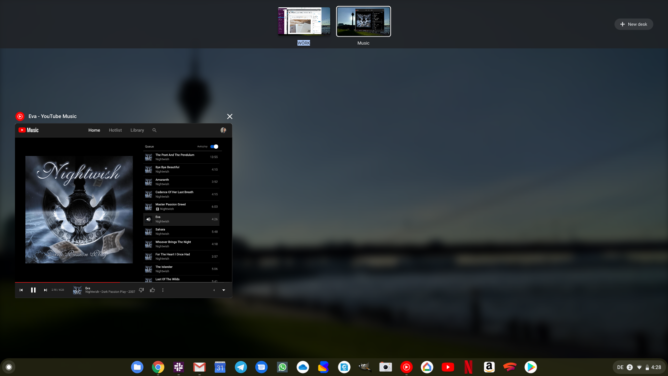 People who manage Chromebooks via Google for Families will finally be able to install any extension they wish for via parental approval, which we've already noticed in Chrome OS 83's Dev version — this was direly needed, as you could previously only install a small selection of whitelisted add-ons. You can also add a school account to a family-managed Chromebook and set up Play Store app usage limits.

As always, the new Chrome OS release is rolling out in stages, so it might take a few days until it reaches your Chromebook. You can try checking for updates in Settings -> About Chrome OS, but there's no guarantee you'll receive version 83 right away.

OnePlus 8 and 8 Pro 4G/5G US network bands and compatibility: Verizon, AT&T, and T-Mobile