As you can see from the video below, uploaded to the US Motorola YouTube channel before being deleted, the Moto G Fast is similar to the standard G8, but not quite the same. It's got the same 6.4-inch HD+ display, an 8-core SoC which could be the Qualcomm Snapdragon 665 chip, and 64GB of storage. The video only mentions 3GB of RAM, however, which would be 1GB less than the Moto G8.

The camera layout looks similar to that of the G Power Lite, with only three cameras instead of the four on some other G8 series phones. The macro lens gets the biggest focus in the video, while the battery life is promised to be at least two full days. We imagine an official announcement for this phone will be just around the corner.

At the same time, the Moto G Pro has been unveiled in Europe on Motorola's German site. This one's a bit more straightforward since it appears to be a simple rebranding of the Moto G Stylus. This Android One device has the same 6.4-inch display, an SD655, and a 48MP quad-camera system. You can see the full specs in Ryan's review. 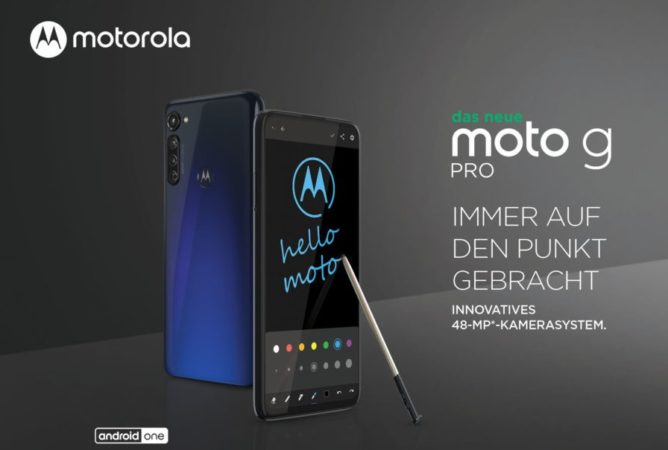 In the US, the G Stylus retails for $300, while in Europe the rebadged G Pro will cost €330. We'll have to wait and see what the price of the Moto G Fast is.

Samsung shares more information on its debit card, launching in the US this summer