Google Maps' Timeline feature might seem a little creepy if you're especially privacy-conscious — and you can turn off the Location History it uses if you are — but it's also tremendously useful, giving you a full timeline with maps showing all your movements. In fact, some folks depend on it for more than just novelty or tracking down that nice-looking restaurant they drove past the other day, many use it as a tool for logging miles and billing. Unfortunately, there have been several reports in the last few days of that location data entirely disappearing in Google's Timeline tool, though a fix is coming soon.

There is some variety among those affected, but in general, location data covering huge swaths of time is disappearing in the Google Maps Timeline tool. Many of those with the problem report that all data before some date in early May 2020 is gone, others are seeing only a few months or years of data before about that time disappear, and some have a new gap in historical location data appearing at an earlier time, like below:

Above: Months of location history gone. Below: Before April, in this case. 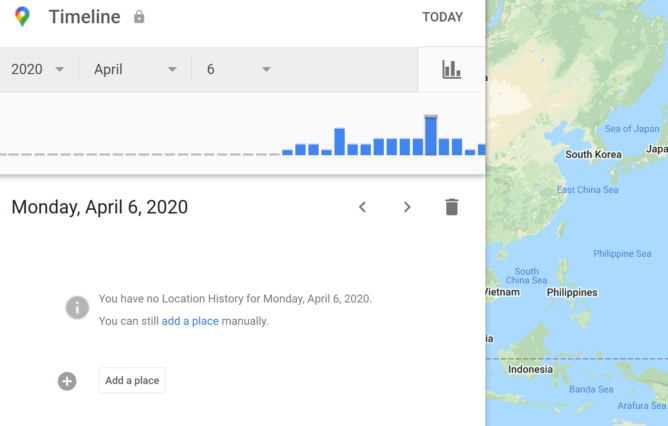 Many of those affected have checked their Takeout data and have verified that the information is still present and associated with their Google account, the Timeline tool simply isn't using it or can't access it for whatever reason. Google has also confirmed to us that the data is still present, just not visible to end-users.

We reached out to Google for more information regarding what might be happening and if those affected can expect a fix anytime soon, and a company spokesperson provided us with the following statement following publication:

It sounds like a fix is in the works. In the meantime, those affected can still access that data if they need it, it's just a bit technical.

A fix is coming soon

A Google spokesperson responded to our inquiry following the initial publication of our story with a statement, notifying us that a fix was on the way. Our coverage has been updated with these details.

T-Mobile is getting three new budget phones this summer, and two have styluses