During a live event announcing the Redmi Note 9 series in Germany, Xiaomi offered a first glimpse at its long-rumored Mi TV Stick. Other than the image above and the orally delivered slogan "for a better and simpler TV experience," no further details have been given, though these tidbits already help us guess quite a few things about the device.

Due to the inclusion of a Google Assistant button on the remote, it's all but confirmed to run Android, though we don't know whether it's regular Android TV or something else. An earlier listing/leak on Gearbest pointed to Android 9, though the quality of that listing is questionable at best. Other than that, the remote looks fairly standard for Android TV. It has dedicated buttons to launch Netflix and Amazon Prime, something that looks like a multi-directional pad, and the usual home, back, options, and volume controls. The stick appears to be even smaller than the remote, which isn't too surprising when you look at the competition. 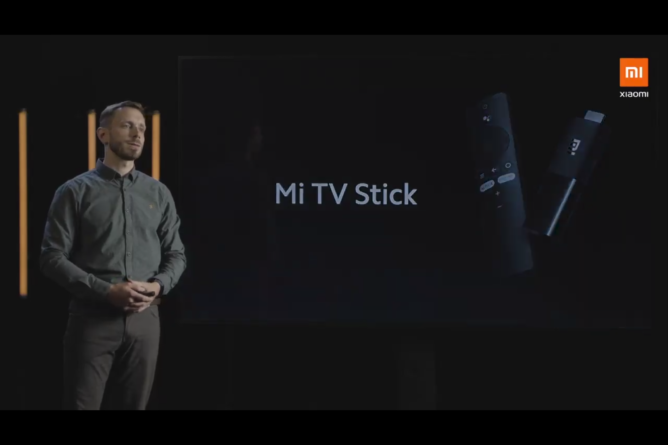 Being a Xiaomi product, the device will probably deliver absolute bang for the buck, but that's yet to be confirmed. The presenter Christian Klaus, Senior PR and Communications Manager for German-speaking regions, only added that the company would share further information on the device later. He also teased new wearables (potentially the Mi Band 5) and a scooter, so we will probably see another event giving us a proper introduction to all of these products soon.

Moto’s second foldable Razr could be all about minor upgrades, 5G, and new cameras