Google first demonstrated Project Soli at Google IO 2015. Four years later, the Pixel 4 debuted the radar-based sensor as a feature called Motion Sense with the ability to detect basic gestures in front of the phone. If you happen to have a Pixel 4 and want to try out the gestures for yourself in an interactive space, or you want to go further and build your own simple apps and games, Google just released a sandbox app that brings Soli to life.

Soli Sandbox comes with four sample "prototypes," including three game(-like) scripts and a simple test script that automatically loads at launch so you can try out each gesture types. The app can detect if you're walking up to or away from the phone, reaching for it, swiping over it, or tapping at it.

Each prototype is just a web app running inside of a browser instance, but they're receiving gesture events from the Soli Playground app. Developers can build their own interactive apps and games using HTML5 and JavaScript, then share these for other people to try. If you're interested in building prototypes of your own, tap the "Tutorial" link in the app (or follow this link) to open a page with instructions on how to get started.

The three included samples are:

Once more samples are available, they can be loaded from either local storage or by providing a URL to the app.

We already know the Pixel 4a won't have Motion Sense, and rumors have suggested it won't return in the Pixel 5 either, which may be reinforced by the almost total lack of attention given to Motion Sense after launch. However, the release of the Soli Sandbox may indicate that there's still some life left in this project. Perhaps it will remain a staple in future phones, or may be revived with other form factors in the future.

The Soli Sandbox app is available to Pixel 4 users in the US, Canada, Singapore, Australia, Taiwan, Japan and most European countries — basically anywhere that granted Google permission to use the radar technology. Install it from the Play Store below or download it from APK Mirror. 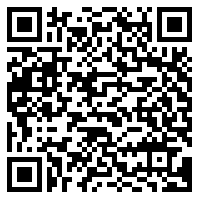 Spotify is getting rid of its ridiculous 10,000 song library cap