There's no denying that Apple's iPad generally provides a better tablet experience than Android tablets, since most iOS apps are actually designed for large screens, but there are still plenty of reasons why you might still want to go with an Android device — no dealing with two ecosystems, exclusive software, and so on. Now you can pick up the 256GB version of Samsung's Galaxy Tab S6 for $599.99, a savings of $100 from the usual price.

The Galaxy Tab S6 is essentially the only high-end Android tablet being sold right now. The 256GB model has a Snapdragon 855 processor, a 2560x1600 Super AMOLED screen, an S-Pen for writing and air gestures, 8GB of RAM, and an in-screen fingerprint sensor. Samsung also sells a keyboard cover that adds a kickstand, keyboard, and touchpad, but that is sold separately. You do get the S-Pen in the box, though. 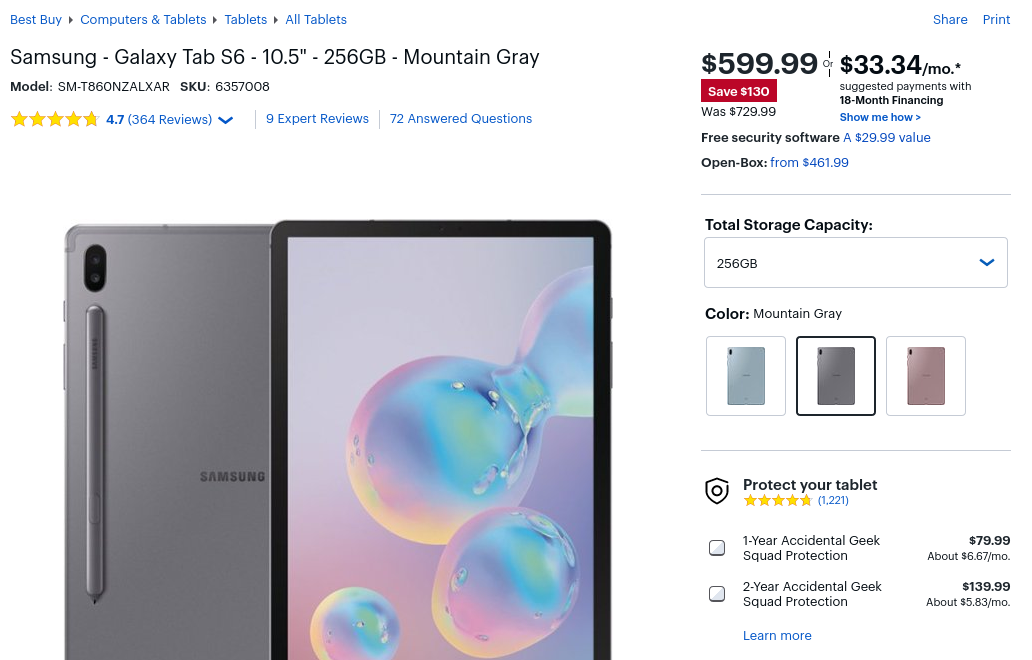 If you don't need quite that much storage, the 128GB model is also on sale for $549.99, a savings of $100 from the original MSRP. The only difference besides the storage capacity is that the RAM is reduced to 6GB. Both models allow you to add additional storage via microSD.