Marshall's been a familiar name in music hardware for decades now, and while we're always going to think about amplifiers first and foremost, over the past few years we've seen the brand spread to a new line of consumer audio gear. That's included plenty of smart speakers, headphones, and even one really weird smartphone with two audio jacks. Today I'm checking out an updated version of the wireless Monitor Bluetooth headphones, the new Marshall Monitor II A.N.C.

I was already a fan of the old Monitors, even without noise cancellation, and particularly liked the design and sound quality. Aside from lamenting the lack of ANC at the time, there were only a few other things I was hoping to see Marshall address, like a very frustrating control knob and some concerns I had with durability. Is this new pair up to the task? Let's take a look: 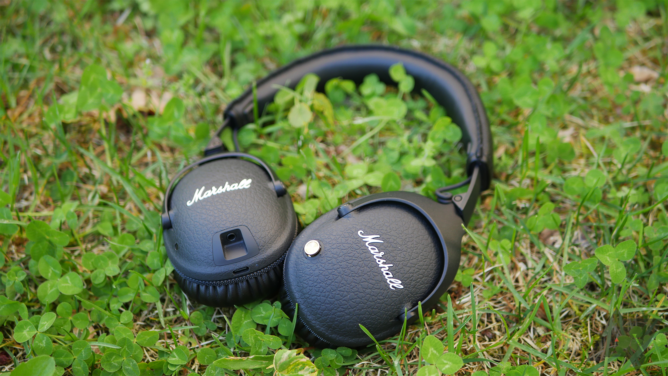 Let's be honest here: A big part of the draw of Marshall speakers and headphones is the look. You combine the Marshall name with a lot of jet-black, matte-finish, leather-texture hardware and you've got a package that just screams "rock 'n' roll" (in like, the most dad way possible). To an extent, that's kind of a dated look these days, but it also seems to be one that taps so strongly into nostalgia that it still manages to work.

The Marshall Monitor II A.N.C. has an over-ear design with nice big, soft pads that remain comfortable even with extended wearing. Audio isolation with the pads alone is also half decent, letting you save power on noise-cancellation for when you really need it. 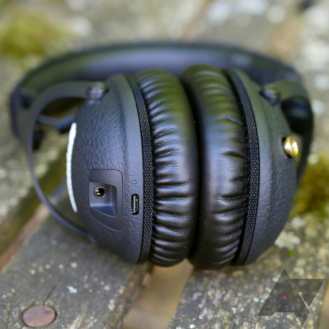 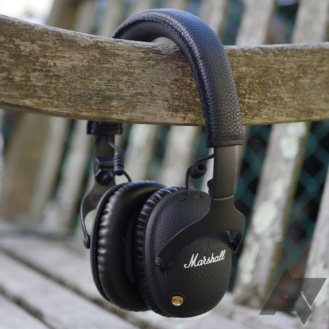 Your left earpiece houses the USB Type-C port for charging the headphones, the 3.5mm audio-in jack, and a front-facing microphone. Over on the right cup we find Marshall's control knob, a little brass 4-way rocker for volume and track adjustments. This new control knob is a night-and-day improvement over the original, which had been mushy and difficult to properly actuate.

New this year are a pair of additional control buttons, one each embedded in the hinges the earpieces mount to. On the left that's the ANC control, which you can press and hold to toggle the feature on and off, or tap the button once to simultaneously pause playback and dial-down ANC so you can hear your surroundings. For the right, there's a user-definable 'M-Button' that you can set to either access voice assistants or cycle through equalizer settings.

Marshall tucks the new ANC and M-Button controls into the earpads' hinges.

While the overall look of the Monitor II stays very true to the first-gen, there's an important tweak to how you prepare the headphones for storage: Instead of only folding back in on itself, like the Monitor Bluetooth worked, the Monitor II adds rotating elements that allow for storage without over-stretching the exposed cords (which always bothered me on the original). 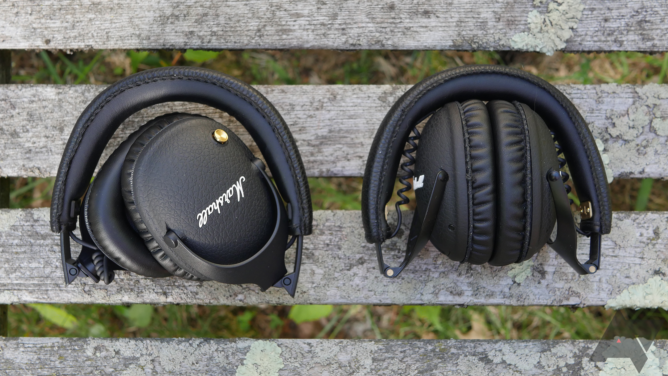 The twist-to-fold design of the Monitor II (left) vs. the original Monitor Bluetooth (right)

Marshall bundles the headphones with an attractive canvas carry bag, USB Type-C charging cable, and a 3.5mm audio cable for use with analog output. 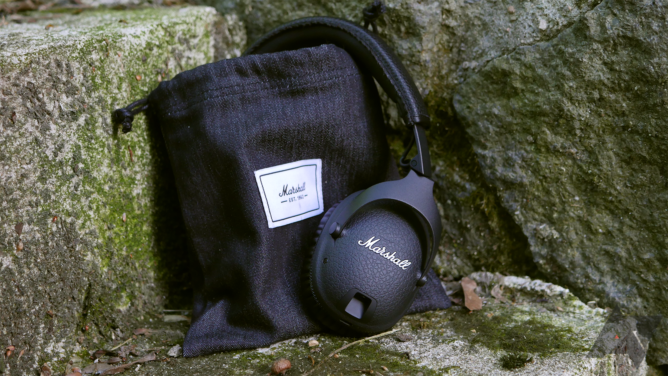 Sound quality was already a highlight with the first Monitors, so the bar for performance was already pretty high here. While for the most part the Monitor II still very much delivers, there are couple things to keep in mind.

Bluetooth audio usually involves trade-offs, but using a high-performance audio codec can help minimize those. Unfortunately, while Marshall supported aptX last time around, the Monitor II only manages the much more pedestrian SBC. I'll admit that I can very much be a compression queen, but I really didn't run into many distracting artifacts here. 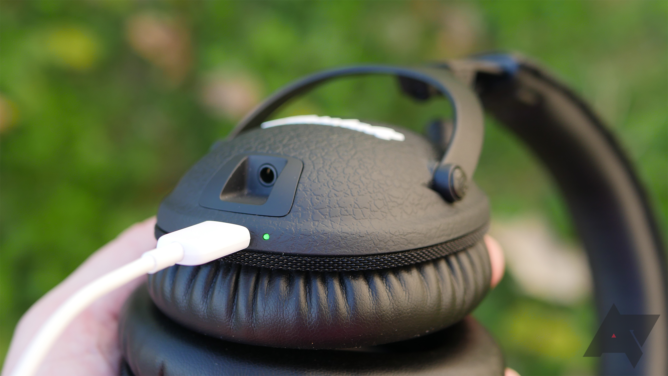 The new EQ feature gives listeners more control over audio output. In the Marshall app you can set up three distinct EQ profiles, either choosing from presets or dialing in levels yourself. While I personally prefer not to use an EQ at all, I do appreciate how the M-Button makes cycling through those profiles convenient, letting you compare results very easily.

The noise cancellation on the Monitor II is reasonably solid. It's not the best around, but combined with the physical dampening of the earpads, proves very efficacious. In the app you can adjust the intensity of the ANC effect, but I wish there were a way to toggle through various ANC presets on the earphones themselves, like you can with the EQ.

For as much as I like the new ANC functionality (and could take or leave EQ support), I am sad to see one little feature from the first Monitor fail to surface for this new model: wired sharing. Those headphones let you listen over Bluetooth while plugging another wired pair into the 3.5mm jack, so you and a friend could listen at once. Its absence isn't the end of the world, but I do miss it. 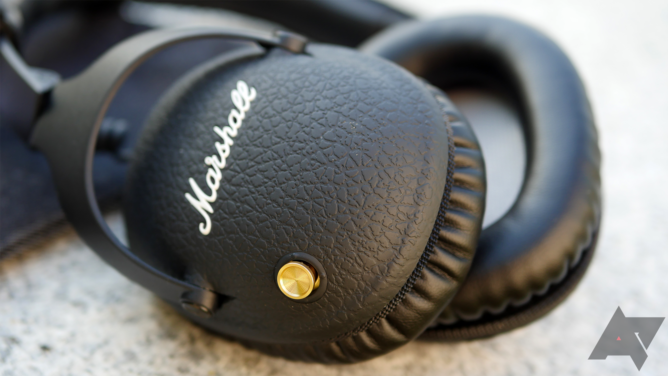 Yes. Marshall made a lot of good decisions in putting together the Monitor II A.N.C. that directly address some of my biggest problems with the predecessor. Simply by cleaning up the responsiveness of that little control knob, these new Monitors are much more pleasant to use. Noise-cancellation is a welcome addition, as is the arrival of a USB Type-C port, and while I worried the new rotating earpieces felt a little loose at first, I quickly not just became comfortable with them, but grew to prefer them.

If those were the extent of the changes, I'd be ecstatic, but we also got a bit of bad mixed in with the good here, tempering things a little. I have no idea why Marshall thought it was a good idea to remove aptX support, and while I didn't use wired sharing all that much, it was nice to have. Maybe more to the point, these are not inexpensive headphones, so it's even harder to rationalize those losses.

16 new and notable Android apps and live wallpapers from the last two weeks including Microsoft ...