Krita is a free and open-source graphics editor for desktop platforms, and while it was originally developed as a competitor to GIMP, it was later retooled into a digital painting program. An Android port has been in the works for a while, and it's now available on the Play Store as an Early Access build.

I'm not an artist whatsoever, and I have no previous experience with Krita, but it does appear to be the full-fledged editor ported to mobile. The interface is roughly the same, but the menu bar has been replaced with slightly more touch-friendly overflow menu. The large bar might be streamlined in the future, but you can hide it by selecting View > Full screen, and bringing it back only requires tapping the back button on your device. 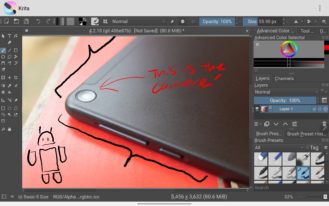 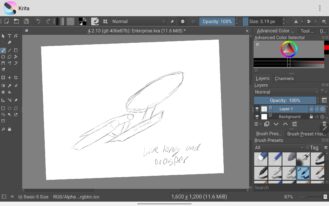 The app works very well on my Galaxy Tab S6, complete with pressure sensitivity support for the S-Pen. All the same keyboard and pen shortcuts appear to be functional too; I can hold down on the S-Pen's button and drag the pen to pan around the image, for example. The new Android port is also great news for Chromebooks — while the Linux version was already available, stylus pressure sensitivity does not work on Linux applications on Chrome OS.

You can download Krita from the Play Store at the link below. It's only officially available for tablets and Chromebooks, but if you really want to use it on a phone, grab the APK from APKMirror. 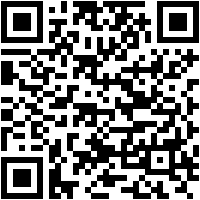