Microsoft acquired SwiftKey about four years ago, and apart from some additions like optional Microsoft accounts, Bing, and the company's translate feature, it didn't change too much about the popular third-party keyboard. Earlier this year, though, Microsoft's name got more prominent in the app's settings, and now, the Redmond giant has decided it's about time to make it even more obvious whose keyboard you're using. Following a beta test run, the latest stable version of SwiftKey is now called "Microsoft SwiftKey Keyboard" and comes with a refreshed logo. On the feature front, it only offers new emoji for Android 10 users. 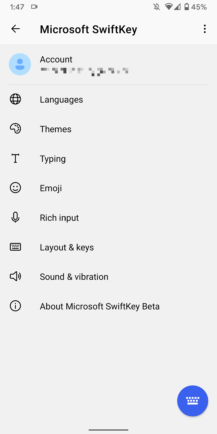 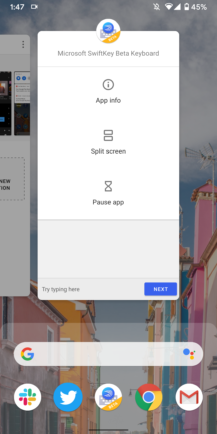 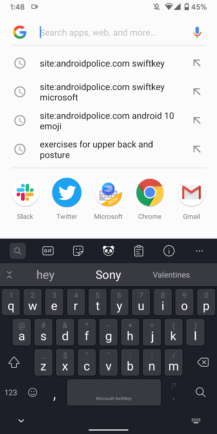 How many Microsofts can you spot?

The name change is live in both the beta and the stable Play Store listing, and you'll find the branding all over your phone when you install version 7.5.5.19. It's visible in your handset's launcher, in the input method picker, on the keyboard's space bar, and in SwiftKey's settings. The new logo is also live both on your phone and the Play Store.

There are no functional changes apart from the introduction of Unicode's Emoji 12.0 update. If you have Android 10 (and above), you can start using new animals like a flamingo or an otter, delicious foods such as falafel, waffle, and oyster, or emoji like gender-inclusive and mixed-skin-tone couples, hearing aids, guide dogs, prosthetic or robotic arms, and many more. The new toolbar without scrolling and the superfluous 'i' button remains unchanged with this update, too.

We've added support for Emoji 12.0 which introduces an assortment of new designs - some examples include: flamingo, otter, guide dog, sloth, white heart, mixed skin tones when holding hands, and a gender inclusive couple. You'll be able to access the new emoji upon opening your SwiftKey emoji panel. Note: to see them you need a device with Android 10 (or above).

You can get the latest version on the Play Store or over at APK Mirror if it hasn't rolled out to you yet.

The name change and Emoji 12.0 support were previously only live in beta version 7.5.5.15. We've updated the article to reflect that the changes are now rolling out to the stable version, too.