Android Auto is a great way to play media, take phone calls, and get directions more safely than just using your phone while moving. Unfortunately, many of us are still driving vehicles that don't offer a built-in AA option. However, there are still ways to get Android Auto in your car, and installing a new head unit. Sony just announced plans to release a new model with support for Android Auto and Apple CarPlay, Weblink capabilities, and a 6.95" capacitive screen.

Sony's new XAV-AX5500 Car AV Receiver appears to offer a lot of nice features like high-quality sound, a large and responsive touchscreen, and easy integration with services such as Android Auto. That touchscreen is a 6.95" panel that's advertised as being 'bezel-less', and while it isn't quite bezel-less, it is pretty sleek compared to other options out there. For audio output, the receiver boasts a dynamic amp optimized for playback in a vehicle, as well as a ten-band equalizer for maximum customizability. 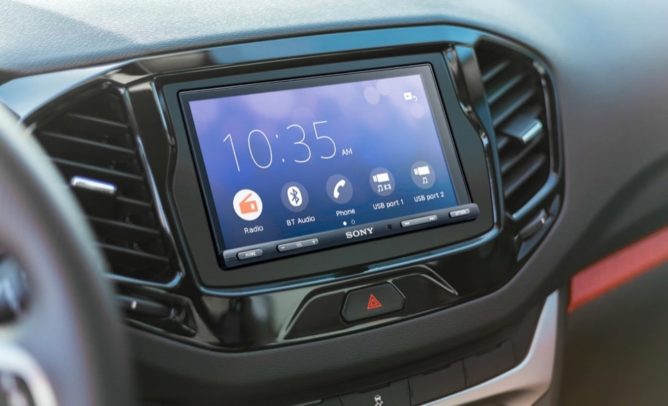 The head unit comes with not just one, but two USB ports for charging devices, playing media, and connecting phones for use with Android Auto or CarPlay. The AX5500 also supports WebLink Cast for mirroring your phone's screen to the receiver, which could be fun for watching movies (while parked, of course).

Sony is planning on releasing its new car receiver in July for a suggested retail price of just about $450. If you're excited about driving around with this head unit, park yourself on the waiting list over at Sony's product page.